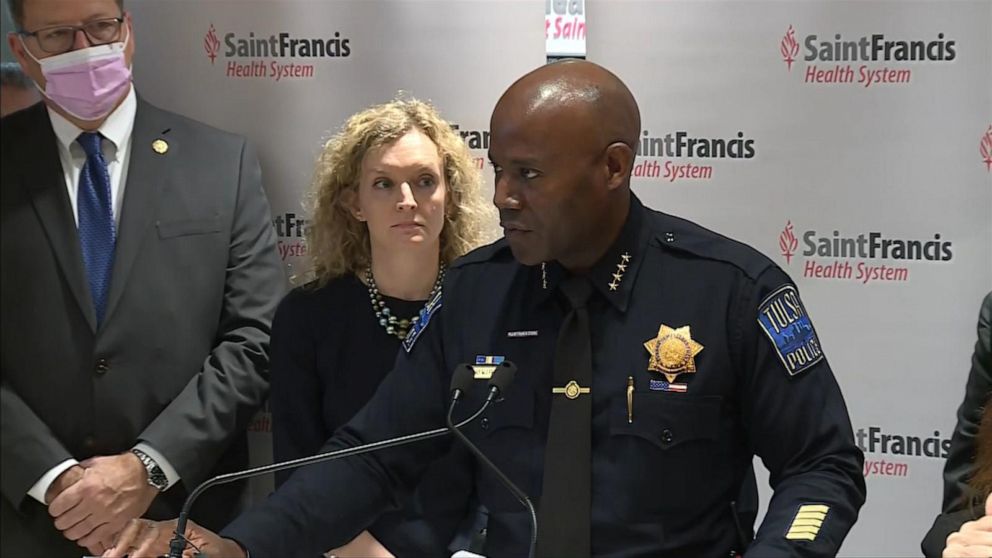 Police say the suspected Tulsa mass shooter complained to his surgeon, Dr. Preston Phillips hours before killing him on the Saint Francis Hospital campus. Tulsa Police Chief Wendell Franklin says the gunman, Michael Louis recently had back surgery and was upset with his doctor because he was still in pain.

Louis was armed with an AR-style rifle, which he used to kill two doctors, a patient, and a receptionist on Wednesday. He then took his own life. According to authorities police say he bought the assault-style rifle the same day as the shooting. A note found on Louis spelled out that his intent was to kill Dr. Phillips, and was furious because there was still pain after his back surgery.

Oklahoma Senator James Lankford released a statement saying he’s heartbroken and praying for the families of the victims that were taken during yesterday’s attack. Governor Kevin Stitt called the shooting an act of senseless violence and hatred. Stitt also ordered all flags in Oklahoma to half-staff to honor the victims.