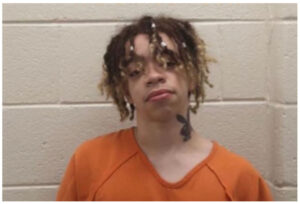 King Harris, the 18-year-old son of recording artists T.I. and Tiny Harris, spoke out following a recent arrest after critics said he was trying to act like a gangster.

The Shade Room captured an Instagram Story by Harris and shared the video yesterday with the caption,  “#PressPlay: #KingHarris speaks out after he was recently arrested. This is a developing story. (SWIPE).”

Regarding critiques that he was trying to be a gangster, Harris said that he did not ask to be pulled over by the police.

“Everybody that say n— tryna be gangsta. I ain’t ask for the police to pull me over, y’all b—a— n—.”

“Another thing! When was it said that gangstas have to do this with police? Y’all stop this s—t. Gangsta or not, Black or white or not, it don’t matter. The police pull ya ass over, you’re pulled over. You ain’t gotta be gangsta,” he said in another Instagram Story.

The teenager also questioned why no one had reported that he had released new music. Harris, whose stage name is Kid Saiyan, dropped a new track, “New King of the South” on Wednesday.

“All y’all lame-ass blogs, how about y’all post that music video I just dropped? Y’all wanna post a n—a going to jail and s—t, how about you post that new video?”

Harris appeared on the reality show T.I. & Tiny: The Family Hustle with his parents from 2011 until 2017. The reason for the recording artist’s arrest was not immediately available. Harris turned 18 on August 25.