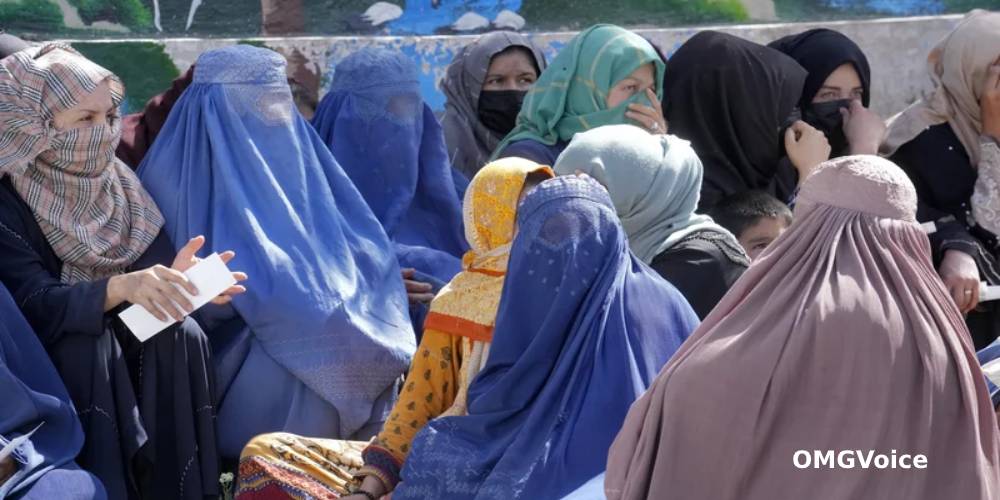 The worst isn’t over yet for Afghan Women. On Thursday, Afghanistan’s Taliban rulers ordered all-female presenters on TV channels to cover their faces on air.

The order came in a statement from the Taliban’s Virtue and Vice Ministry, tasked with enforcing the group’s rulings.

The TOLOnews channel said in a tweet from the Information and Culture Ministry. The statement called the order “final and non-negotiable,” the channel said.

Zabihullah Mujahid, #Taliban spokesman says about women being forced to wear mask and cover their face that, when everyone covered their face in time of #COVID19, it wasn’t a problem, so it shouldn’t be a problem now either.

The statement was sent to the Moby Group, which owns TOLOnews and several other TV and radio networks, and the tweet said it was being applied to other Afghan media.

Informing MOBY Group of the order, representatives of the ministries of Vice and Virtue and Information and Culture called it a final verdict and not up for discussion. Based on information received by TOLOnews, the order has been issued to all media outlets in Afghanistan. 2/2

An Afghan local media official confirmed his station had received the order and was told it was not up for discussion.

He said the station had no other option. He spoke on condition that he and his station not be identified for fear of problems with the authorities.

Many female anchors and presenters posted their photos on social media showing them with their faces covered with face masks while presenting programs.