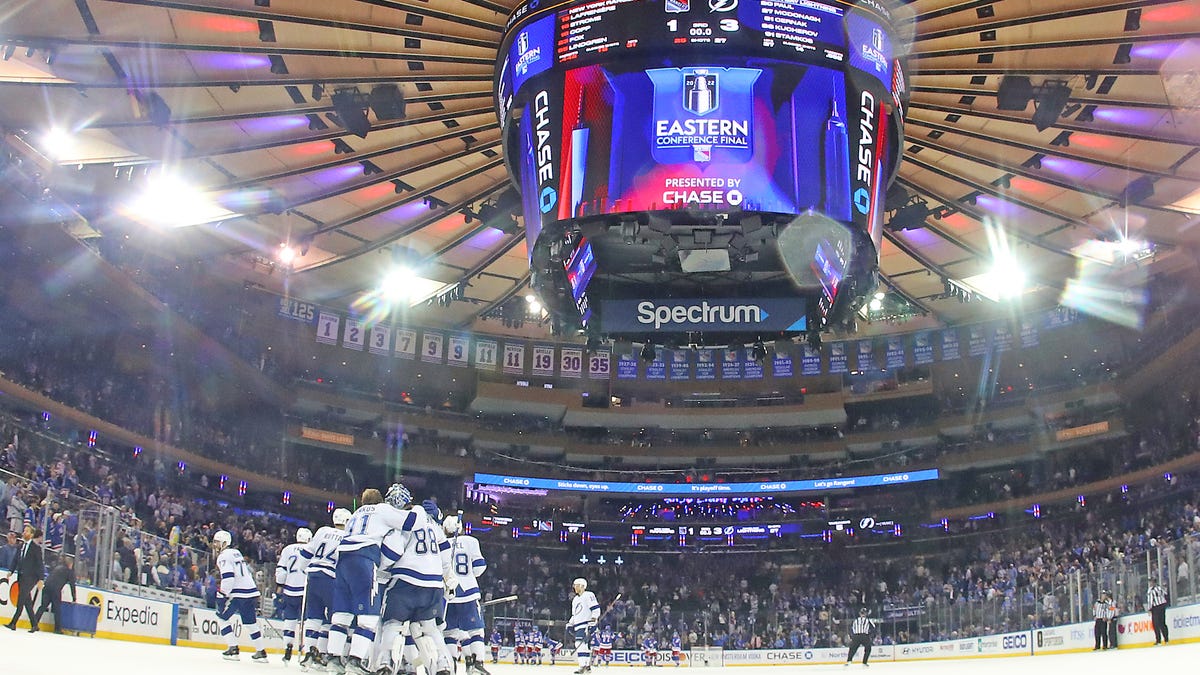 Tampa Bay now has a 3-2 lead over the Rangers.Image: Getty Images

The New York Rangers lost their first game at Madison Square Garden during these Eastern Conference finals to the Tampa Bay Lightning, 3-1 last night. They’ve scored one goal in the last seven-and-half periods, and they haven’t really deserved much more than that.

And once again, as they have at least the last four games, they got completely clocked in the third period, even if they only gave up one goal late that was followed by an empty-netter.

Once again, the Lightning kept things tight in the first two periods, though they themselves were a little looser than the two games they won in Tampa, and made more mistakes to give the Rangers openings. But the Rangers could only capitalize on one, that was when Tampa Bay’s Zach Bogosian sent the puck around the boards to no one that Ryan Lindgren intercepted and managed to surprise Lightning goalie Andrei Vasilevskiy.

But past that? Zilch. And when it came time to decide the game, the Lightning once again blanketed the Blueshirts. They rang up 56 percent of the expected goals in the 3rd. This was after collecting 78 percent of it in the third period of Game 4. Or 85 percent in Game 3. Or 72 percent in Game 2, even though Igor Shesterkin held on there.

Sure, maybe the Rangers are running out of gas in the third after playing every other day, literally, for the past six weeks. But that’s what they brought on themselves. It’s been four games, and Gerard Gallant still hasn’t caught on to the Bolts hitting the accelerator in the 3rd, kicking up the forechecking, forcing K’Andre Miller and Jacob Trouba onto their ass and into turnovers.

The ultimate 4K experience
Brilliant details shine even in daylight with Quantum Matrix Technology. Powered by a huge grid of Samsung’s ultra-precise Quantum Mini LEDs, it takes exact control of the individual zones of light in your picture for breathtaking color and contrast.

It’s OK, he’ll get a whole summer to think about it soon if he doesn’t pick it up by Saturday.