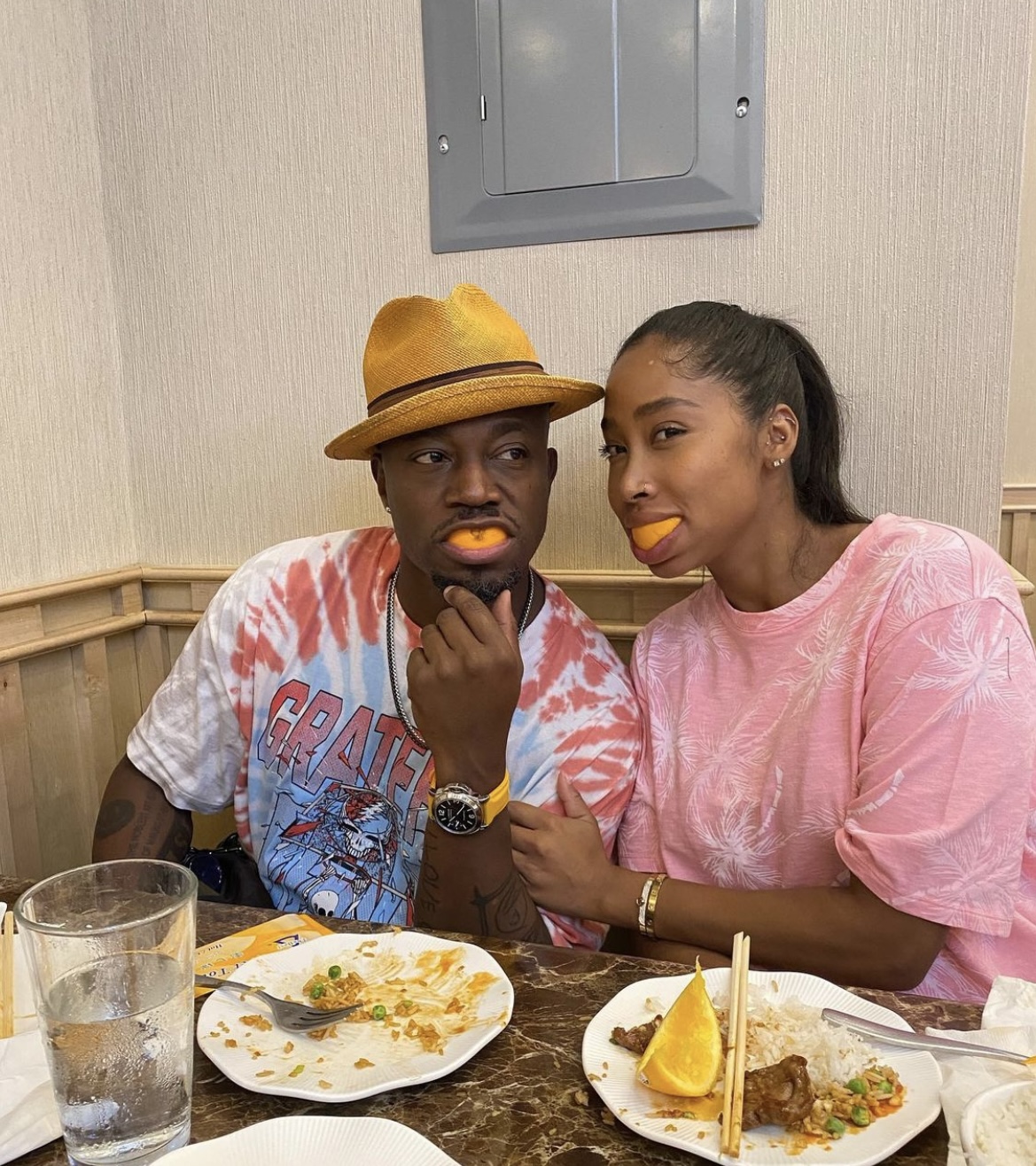 Taye Diggs took time out of his day to thank, “God, Lord Jesus, Buddha, or universe” for the love in his life, Apryl Jones.

The 51-year-old actor made a one minute video where he expressed thankfulness for all he has been blessed with. He opened up his video by stating, “As an adult there are times in life where you can’t believe what you’re blessed with.”

He listed that seeing his son, Walker Nathaniel Diggs grow into, “who he’s turning out to be,” along with his acting career are some of his greatest achievements that he’s been blessed to have accomplished.

As the video progressed, Diggs asked his boo of nearly one year to stand up as he said, “The fact that this woman is in love with me, like I don’t under — I can’t — that’s how I know.” Appreciably shocked at his statement, Jones posed as he turned the camera onto her and proceeded to say, “Praise you Lord Jesus, Buddha, or universe, ’cause somehow she’s … she’s nice, and she’s with me.”

Once the camera was off her, Jones let out a giggle behind the camera while caressing Diggs’ cheek. The “Brown Sugar” actor continued,  “For all you people out there who don’t think there’s a God or no higher being or no higher force, f— y’all, and I know there is, ’cause someone’s looking out after me.”

Ending his video with unanimous giggles from both him and the 35-year-old reality star, Diggs captioned his post, “Thank you, GOD.”

Love was definitely in the air, because Apryl Jones uploaded a photo of her beau onto Instagram a few hours later with a caption that showcased her appreciation for him.

“Just an appreciation post! To this fine a– man! Whew wee lord Jesus! You are such a dope human! Thank you for being you! I really like what you’ve done to me. I can’t really explain it. I’m so into YOU! (singing voice) lol.”

Comments quickly trickled in about how cute they are together and how happy fans are that they found each other.