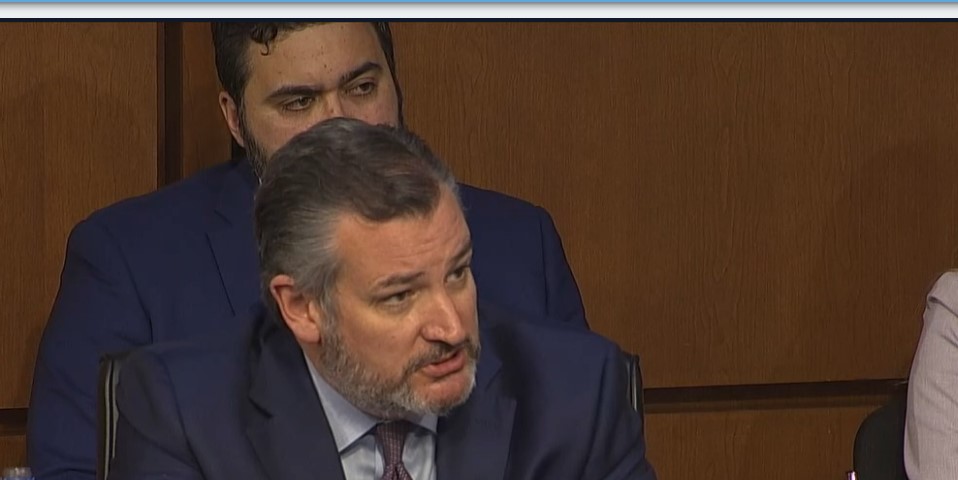 Sen. Ted Cruz was caught on video fist bumping fellow Senators and celebrating the blockage of expanded healthcare for vets.

The vote that blocked healthcare for vets came after Schumer and Manchin announced their agreement on the reconciliation spending bill.

Ted Cruz is planning on running for president in 2024, where he will talk about how much he loves and respects veterans, but the video above tells the true story. Republicans were celebrating denying veterans who are dying of cancer healthcare.

Sen. Cruz put partisan politics ahead of the welfare of veterans and then had the nerve to celebrate his accomplishment. Republicans were happy because veterans had gathered in DC to applaud the passage of the legislation only to have the rug pulled out from under them by politicians who were mad that Democrats got them to pass legislation to help the American economy.

Republicans like Ted Cruz view governing as a crime against politics. The Republican Party sees not governing and doing things for the American people as a win.

Cruz and his Senate GOP colleagues celebrated as veterans were denied needed care, which should tell every Democratic, Independent, and undecided voter how they will be treated if they vote for Republicans in November.