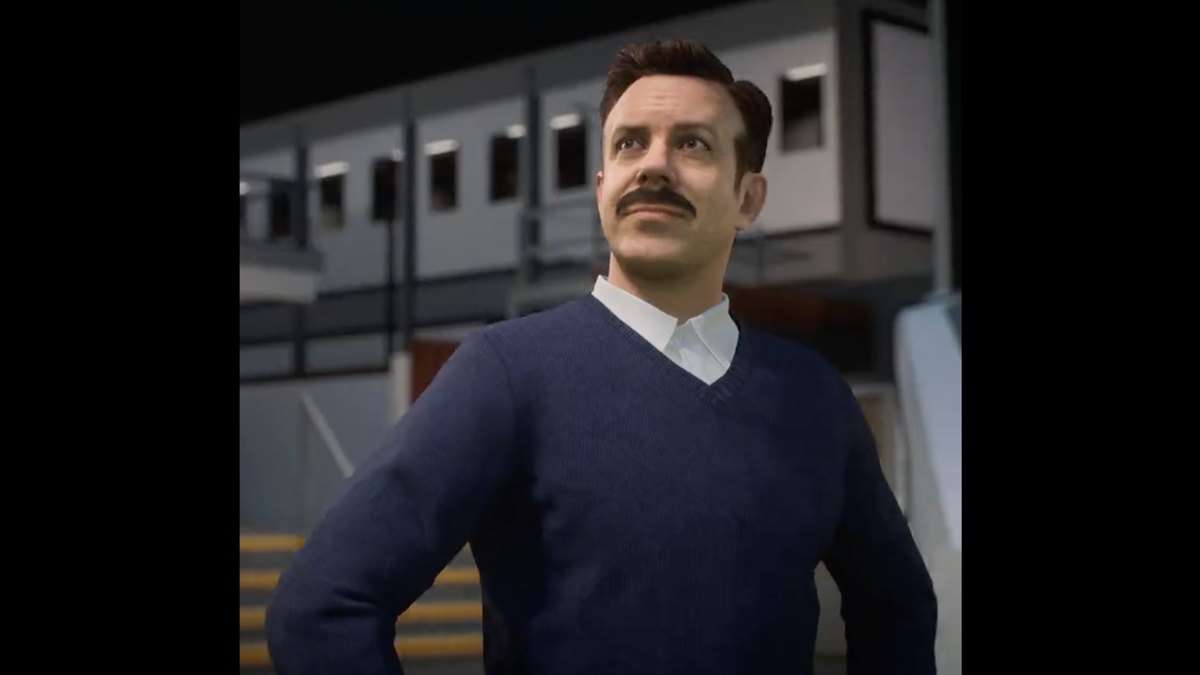 I’ve always thought Phil Dunster, famous for playing Jamie Tartt on Ted Lasso, and Manchester City’s Jack Grealish looked alike. Now, they can square off in FIFA 23, as the world of AFC Richmond will be part of soccer’s preeminent video game. EA Sports announced the decision to include the fictitious English football squad in the game on Wednesday morning, with Ted Lasso himself being a viable manager in career mode.

Lasso, played by Jason Sudeikis, will be joined in the game by Tartt, Roy Kent, Dani Rojas, Sam Obisanya, and more. There’s no word on whether we’ll see Rebecca Welton, AFC Richmond’s owner, or Leslie Higgins, the team’s director of operations, patrolling the sidelines of Nelson Road, which will be a playable stadium in the game.

Ted Lasso received 20 Emmy nominations and has won 11 awards. Its brilliant comedy and portrayal of an English football club have received critical acclaim. At one time, AFC Richmond was the only team worth a premium subscription to watch its games. Richmond won’t be included in the Premier League’s list of teams in the game, instead opting for the “Rest of the World” category. The ultra-popular TV show’s inclusion in the game is a smart move by EA Sports, as many people on the fence about buying FIFA 23 will now side with forking over $60 or more to have Kent, who gets a red card after a harsh tackle in the trailer, at their fingertips.

Putting a fictional team and its ragtag band of characters in the game before NWSL clubs is a horrible decision though. FIFA 23 will feature female clubs for the first time, with the inclusion of the English FA Women’s Super League and the French Division 1 Féminine. But their American counterparts aren’t in this year’s game, with EA Sports stating more women’s leagues could be added in the future. FIFA added women’s national teams for the first time a few years back, giving the likes of Megan Rapinoe and Alex Morgan a chance to shine in the virtual world against Christine Sinclair of Canada or Leah Williamson of England….