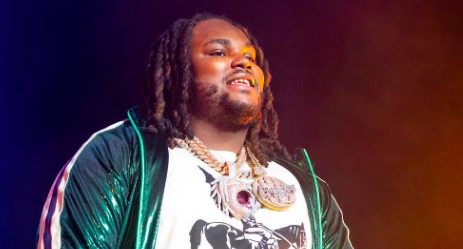 Tee Grizzley Shares A Message After His Home Was Burglarized

Ain’t it a blessing! Detroit’s own Tee Grizzley has broken his silence and shared a touching message on Instagram thanking everyone for the well wishes after news broke that his Los Angeles home was burglarized two weeks ago. As we previously reported, burglars smashed a window and grabbed all they could from the house, including over $1 million in jewelry and a ton of cash.

In the nearly one-minute-long video, he touched on the passing of rappers King Von and PnB Rock, which left their children fatherless, which he related to.

“I appreciate everybody reaching out. I’m good, my family good, thank God. I need yall to do one thing for me, send a prayer up for PnB Rock and his kids. King Von, his kids, and all the kids out here have to grow up without their pops. I had to go through that. I grew up without my pops. He was killed, and it ain’t easy at all,” he explained.

The ‘First Day Out’ rapper got more serious when he directed his message to other artists in the industry by warning them to be mindful of the things they say in their music.

Lil Duval stepped in and commented on the rapper for sharing this message.

He wrote, “I’m glad he said it cuz they gotta hear it from somebody they age to get it. Hip hop has helped us a lot financially but hurt us a lot mentally.”