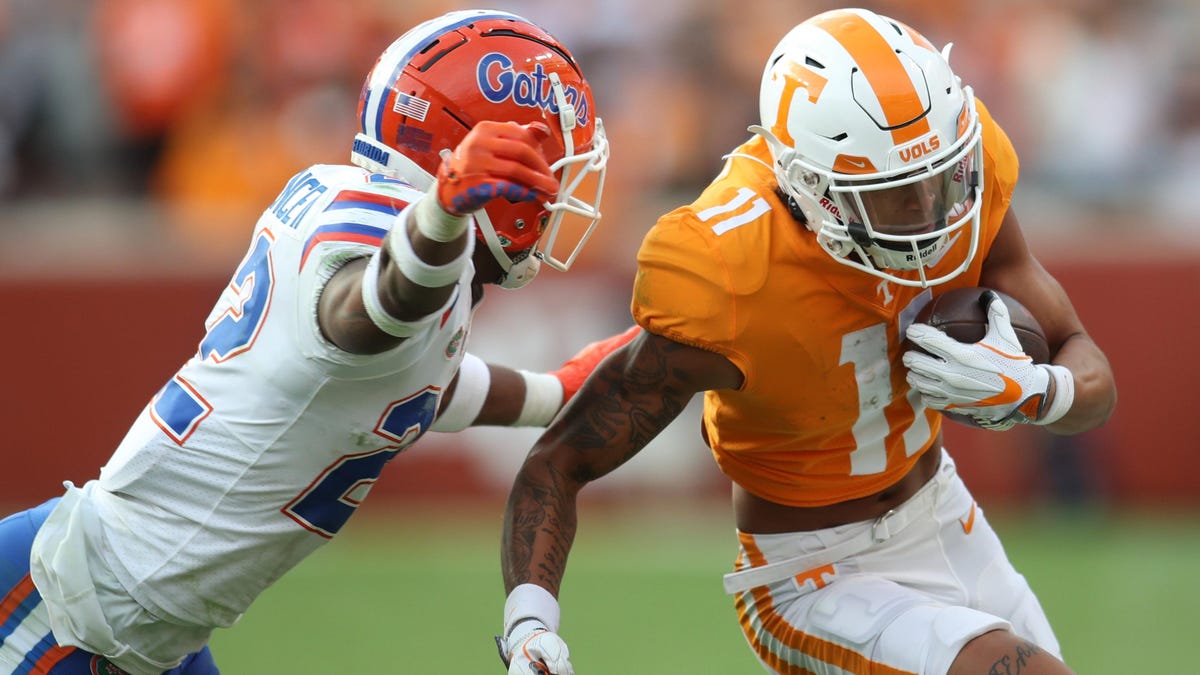 Praise be to the college football gods who provided me with enough undefeated, resurgent programs to continue to populate this list. Of the seven teams to have curried Michael J. Fox’s favor, three of them have two losses. Miami, Florida, and Texas all lost again Saturday, and only one of them to a ranked opponent.

The Hurricanes didn’t only lose to Middle Tennessee State, they got broken Bane style and sent off to The Pit to rehab that broken back until they can climb out free of a tether. A week and a half ago, Tyler van Dyke was being lauded as the type quarterback the U has been missing, and yet he went missing by his coach’s decision, getting benched in the second half of the 45-31 loss.

The Longhorns fell to Texas Tech’s backup QB, and it was only fair that the Red Raiders evened the playing field as Texas also was starting its second stringer. After doubling up Tech, 70-35, a year ago, Texas lost the turnover battle (2-0), the time of possession tug of war (36 minutes to 24), the total offense output (479 to 426), and the game (37-34).

They needed a Bert Auburn 48-yard-field goal to send it to OT, where Bijan Robinson coughed up the football on the first carry of the extra period. Perhaps Steve Sarkisian knew something we didn’t because he was hesitant to give his star running back the ball in regulation despite Robinson’s 15 carries for 101 yards and two scores during that time. He helped his team earn a 31-17 lead late in the third quarter, and only touched the ball five more times all game.

I would write about Florida’s loss to Tennessee in the intro, but they’re No. 5 in this ranking, and I’ll try to explain away the confusion right now I guess.