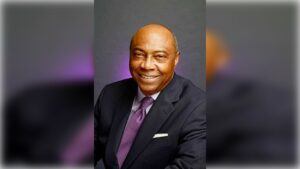 Tennessee’s Fisk University is moving on following the departure of its president, Dr. Vann Newkirk Sr., of only 18 months.

According to The Tennessean, the historically Black university made an announcement last week appointing Board Chair Frank L. Sims as the acting president while Newkirk makes his exit. Fisk did not provide a reason for the transition. However, the university maintains high hopes as they seek new leadership.

“The Board unanimously agreed that the next chapter in the Fisk future calls for new leadership,” said Sims, who also served as Fisk’s interim president from 2015-17, in a statement. “We thank Dr. Newkirk for his service and wish him well in his future endeavors. We look forward to conducting a thorough and extensive search process for our next President.“

Newkirk’s presidency marked the 17th in Fisk’s history, the Associated Press reported. Since February 2021, the former Fisk provost and vice president for academic affairs provided a vision for the university and has built and implemented new educational programs, including bioinformatics.

In a press release, Fisk also named Juliette Pryor of Class ’86 as the new chair of the Board of Trustees.

“In order for Fisk to continue the current trajectory of once again becoming a leader in the higher education space will require a commitment to reach farther and deliver a bolder proposition than ever before,” Pryor explained in a statement. “The current educational climate is immensely competitive, and Fisk is poised to take on that challenge.”

The university also shared some of its successes over the last six years, including a “remarkable upswing” in fundraising and enrollment growth, with an almost 40% increase for four consecutive years.

“The Board of Trustees is charged with ensuring that Fisk University continues to excel as a leading academic institution and that our future is defined by a shared vision and set of values,” Sims concluded his statement.

As BLACK ENTERPRISE previously reported, Fisk was also crowned as the first HBCU to build and implement a women’s gymnastics program in…