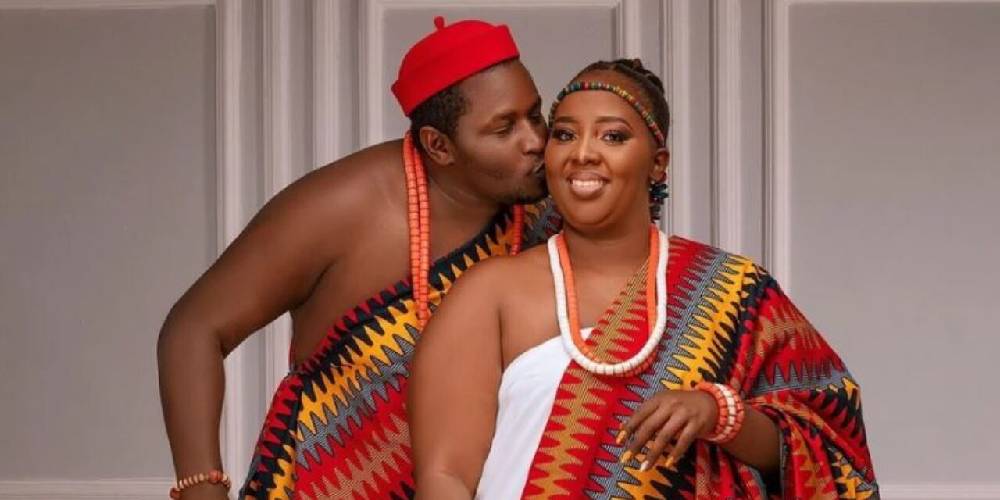 Terence Opens Up On Losing A Baby With Wife Milly Chebby

The content creator and event host Terence Creative has opened up about his wife, Milly Chebby, losing a pregnancy, a few years ago.

Terence in a QnA where he was asking his fans and followers how they are doing, revealed the sad details.

He was responding to someone who confessed to losing a baby.

“I lost my baby at stillbirth via CS on Valentine’s day since that day honestly ni stress tupu, why me.”

Terence reacted with his own story of loss.

“Pole sanaa and take hurt. Milly Chebby and I lost our baby before Milla, it was very stressful but what keeps us going is prayers and immediately we started working on another pregnancy, it shall be well.”

He did not give any extra details of the miscarriage.

Back in 2021, Milly also opened up about her difficult pregnancy carrying Milla.

She told that she had light bleeding while she was three months pregnant with Milla Netai.

She was rushed to the hospital by her colleagues, and her boss gave her a month to rest.

She also revealed the scary fact that for seven months of the pregnancy, the baby’s heartbeat could not be heard and it got her worried that she might have lost another pregnancy.

Milly added that just after two weeks of giving birth, they discovered that their daughter had a tumor attached to her liver.

Their daughter Milla is now three years old and has a huge following on her Instagram page. The celebrity tot has 62k fans who are kept engaged as she shows them her life.

Other celebrities who have admitted to a miscarriage include Size 8 and hubby DJ Mo, gospel singer Kambua, Aunty Jemima and Nadia Mukami.

A few days ago, Terence celebrated his 36th birthday and his wife Milly threw him a nice party.

Milly told the invited guests that they have been together close to 11 years and met when he was 25.