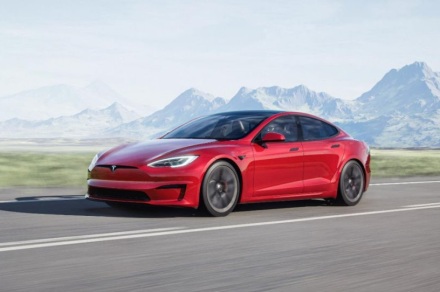 Tesla to fix window software on 1 million of its U.S. cars

Tesla is sending out an over-the-air update to a million of its vehicles in the U.S. to fix faulty window software that could leave occupants with pinched fingers.

According to a document issued by the National Highway Traffic Safety Administration (NHTSA), Tesla engineers discovered that the affected vehicles may not meet certain automatic window reversal system requirements. It said that in some cases, the window may exert more force before automatically retracting when sensing an obstruction such as a person’s fingers. The condition “may increase the risk of a pinching injury to the occupant,” the NHTSA’s document says.

Tesla is not aware of any crashes, injuries, or fatalities related to the issue.

The automaker said that 1,096,762 of its vehicles require updated software to resolve the issue.

Tesla engineers discovered the problem during routine tests in August, and since then have been working on determining the extent of the problem and how to put it right.

Earlier this month, pre-delivery and production Tesla vehicles received a firmware release that properly calibrates the vehicle’s automatic window reversal system. Affected cars already on the road will also receive the fix in the form of a free over-the-air software update.

The electric-car maker says it will notify owners of affected vehicles by mail from November 15. Concerned owners can call Tesla at 877-798-3752. Tesla’s own number for this recall is SB-22-00-013.

You can also input your Tesla vehicle’s unique 17-digit identification number on the NHTSA’s website to see if it has the issue, or if it’s involved in any past recall. Indeed, the online tool is also a great way for any vehicle owner to check if their automobile is subject to a recall.

This isn’t the first over-the-air update that Tesla has been forced to issue this year. In May, for example, the automaker said nearly 130,000 of its vehicles needed attention over a…