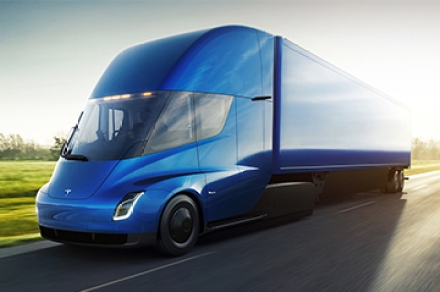 Tesla boss Elon Musk has said the 500-mile-range version of the company’s all-electric Semi truck will start shipping before the end of this year.

The launch date is earlier than expected after the CEO said in January that the company wouldn’t be introducing any new vehicles this year, suggesting that the truck would land some time in 2023.

Musk shared the update in a tweet on Wednesday, August 10. The post also included confirmation that Tesla plans to start shipping the long-awaited Cybertruck in 2023, a date that he also revealed in January following several production delays of the electric pickup’s launch.

Interested buyers of Tesla’s Semi — said to include the likes of Walmart, FedEx, DHL, United Parcel Service, and Anheuser-Busch — are having to exercise a great deal of patience as the automaker’s Class 8 truck has experienced a number of delays since its unveiling five years ago.

Tesla’s Semi sports a sleek design and can achieve zero to 60 miles per hour in 20 seconds when loaded to its 80,000-pound maximum gross vehicle weight. It also incorporates four independent motors for maximum power and acceleration, which Tesla says results in low per-mile energy costs.

In 2019, a prototype of the Semi was spotted transporting new cars along a California freeway in what appeared to be an early road test of the vehicle. And last year the automaker released a video showing the truck humming along a test track besides its factory in Fremont, California.

Musk’s tweet also confirmed that the Cybertruck would start shipping in 2023. Like the Semi, the Cybertruck has also suffered production delays that forced its original 2021 launch plan to slip. The CEO put the delays down to “multiple supply chain challenges.”

Tesla first showed off the all-electric Cybertruck in 2019 in an event that didn’t go quite according to plan. The uniquely designed pickup will come in three versions costing between $39,900…