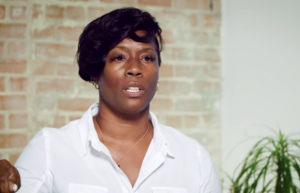 The Texas Court of Criminal Appeals ordered a lower court to review the case against Crystal Mason, who was convicted of illegal voting in 2016 and sentenced to five years.

Mason voted in the 2016 election while she was on supervised release after being released from prison on federal tax evasion charges. In 2018, Mason was convicted of a second-degree felony and sentenced to five years in prison. Mason is currently out on bond.

According to Mason’s attorney, Alison Grinter Allen, Mason was unaware she couldn’t vote because although she was out of prison, her sentence was not completed. Mason, who wasn’t on the state’s voter rolls, used a provisional ballot to vote, which was not counted.

NPR reports The Texas Court of Criminal Appeals determined a lower court mistakenly upheld Mason’s conviction by “failing to require proof that [Mason] had actual knowledge that it was a crime for her to vote while on supervised release.”

The case will now return to the Court of Appeals, where it was ordered to take up the case with the new directive from the higher court.

The bill also included provisions aimed at preventing another case like Mason’s. A provision in the law states a person “may not be convicted solely upon the fact that the person signed a provisional ballot affidavit … unless corroborated by other evidence that the person knowingly committed the offense.”

“The amendment clarifies that a provisional ballot affidavit alone is insufficient evidence that the person MASON ? knowingly committed the offense,” the court wrote in its decision. “Corroboration by other evidence is required for conviction.”

Voting rights advocates fought the bill’s passing, saying it would lead to people being arrested and charged for making honest mistakes while voting. Advocates also said the law disproportionately affects communities of color in the state. Texas Democrats were…