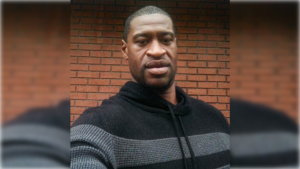 Texas Parole Board Denies George Floyd Posthumous Pardon, Gives No Reason For It

A Texas parole board denied a posthumous pardon for George Floyd from a drug case almost a year after it unanimously recommended him for the pardon.

CBS 58 reports the parole board did not cite a reason for denying Floyd’s pardon in a letter sent to the Harris County public defender working on behalf of Floyd’s surviving family members.

“After a full and careful review of the application and other information filed with the application, a majority of the Board decided not to recommend a Full Pardon and/or Pardon for Innocence,” the letter states.

According to CBS, Floyd’s family can reapply for the pardon in two years if they wish. Allison Mathis, an attorney with the Harris County Public Defender’s Office, said the request to have Floyd pardoned was filed because the arresting officer, Gerald Goines, “manufactured the existence of confidential informants to bolster his cases against innocent defendants.”

Goines arrested Floyd in February 2004, alleging that Floyd possessed crack cocaine and provided the drugs to an unnamed second suspect who agreed to sell the drugs to Goines. The 35-year law enforcement veteran was later indicted and pleaded not guilty on unrelated charges of felony murder and tampering with a government record. The case remains pending.

As BLACK ENTERPRISE previously reported, Floyd was murdered in 2020 by Minneapolis police officer Derek Chauvin, who kneeled on his neck for almost nine minutes while bystanders begged for the cop to get off him because Floyd said he couldn’t breathe. Chauvin was sentenced to 22 and a half years in state prison and a year later was sentenced to 21 years in federal prison for violating Floyd’s civil rights.

Floyd’s death and the death of Kentucky EMT Breonna Taylor jumpstarted the 2020 Black Lives Matter movement in which millions across the country and the world protested police brutality and called for a decrease in police budgets and an increase in social services and community efforts.

Many U.S. cities cut their police budgets in the aftermath, but many of those same cities increased their budgets in 2021, citing a rise in…