BREAKING NEWS
GMT-4 09:14
Home Politics The 1/6 Committee Has Trump So Scared Of Being Prosecuted That He May Announce White House Run 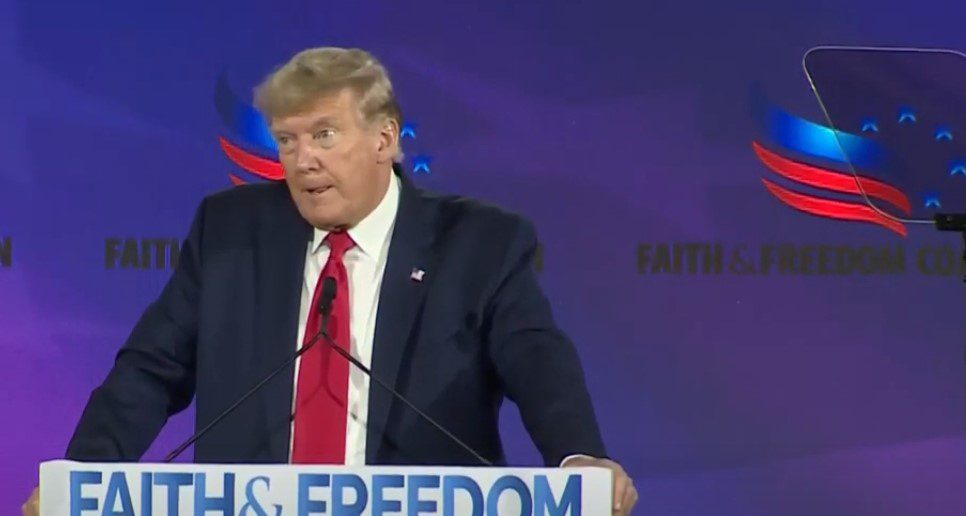 It is being reported that one of Trump’s motivations for potentially announcing a 2024 presidential campaign this summer is the 1/6 Committee.

Still, Republican allies of Trump and former White House and campaign aides tell CBS News that they believe an early entry for another White House bid for Trump is a possibility. The former president left his home at Mar-a-Lago in Florida last month for his seasonal move to his residence in Bedminster, New Jersey.

Others close to Trump say that his anger toward the televised House Jan. 6 committee hearings is fueling his motivation to run again, and potentially to announce soon. Some people close to Trump said he feels he is not being defended well by Republicans and believes he alone is best positioned to defend himself.

The 1/6 Committee has Trump rattled. He has spent days on “Truth Social” ranting, raving, sulking, and complaining about the hearings.

The big problem for Trump is that he tried to use Fox News to counter-program against the hearings, but Fox has been crushed in the ratings by all of the networks that are covering the hearings. Trump is left to hang out on little-watched networks like Newsmax because he refuses to do any interviews where he might be asked difficult questions.

Trump is hoping that he can launch his presidential campaign and get all of the free media coverage and a big platform that will allow him to push back against the hearings.

The free media ship sailed long ago on Trump. Networks stopped covering his events years ago because they didn’t draw ratings.

If Trump announces his presidential run, it will be a desperate move to ward off a potential criminal prosecution.

With calls for his arrest growing by the day, Donald Trump may run for president to try to avoid the consequences of his 1/6 crimes.