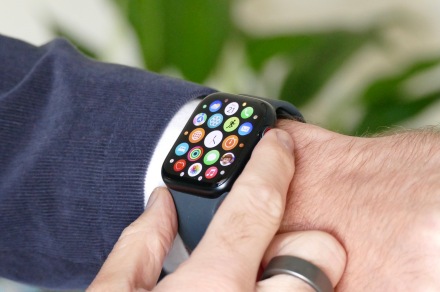 Last year’s Apple Watch Series 7 was a peculiar device. It was heavily rumored to get a major redesign to match the flat rails of the iPhone 13. That didn’t happen. Instead, we got an iterative upgrade with very minimal changes. Now, according to a new report from Bloomberg’s Mark Gurman, the Apple Watch Series 8 could give us another year of tepid Apple Watch updates.

Apple is also expected to introduce a new Watch SE 2 alongside the Watch Series 8. “The SE will stick to the screen size of the current model, rather than moving up to the larger Series 7 size. But it may get the same S8 chip as the Series 8,” says the report. This will be an upgrade from the S5 chip in the current Apple Watch SE from 2020.

Gurman also goes on to say that Apple may finally discontinue the Apple Watch Series 3. This is something that was previously rumored earlier this year, and Gurman doubles down on that point. “The software update drops support for the Apple Watch Series 3, so I’d finally expect that model to be discontinued in the fall. The current SE could slide into that Series 3 price point, with the new SE becoming the mid-tier option,” Gurman explains.

According to past rumors, Apple is prepping a sports-focused model with a rugged casing in the Apple Watch Series 8 lineup. As a result, we could be looking at three Watch Series 8 devices. The upcoming smartwatch will run Apple’s latest WatchOS 9, which was introduced at WWDC 2022. It includes four new watch faces, workout app updates, better sleep tracking, as well as a new…