BREAKING NEWS
GMT-4 03:34
Home Black Global “The Bentley Is Not Mine” Anerlisa Muigai Cries After Netizens Tag KRA On Her New Posts 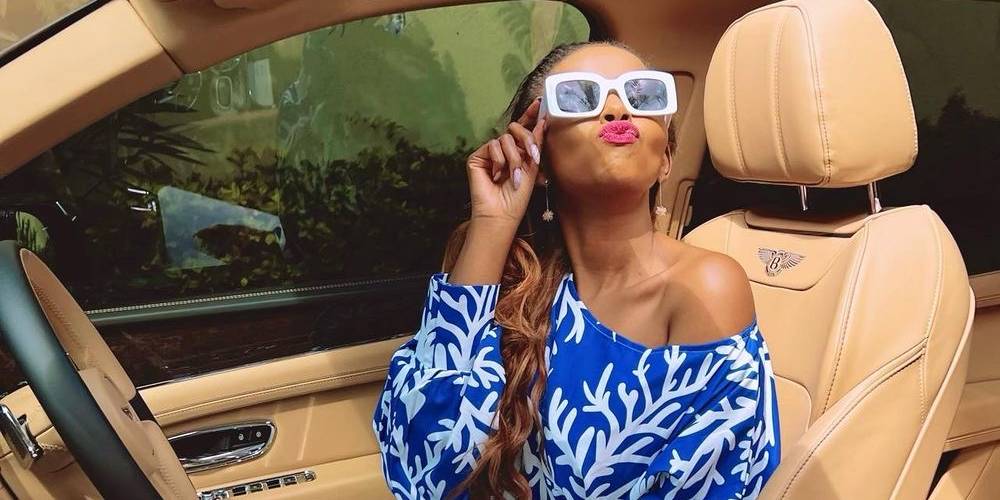 It’s never a dull moment on social media especially when dealing with Kenyans. They can choose to support or cancel you in minutes and I’m guessing this is where Anerlisa Muigai just found herself.

With rumors claiming auctioneers tried forcing their way in her lavington house (but failed) the lass earlier this morning made things worse by sharing photos of a Bentley – probably to rub it on her enemies who’ve been looking forward to her downfall.

I’m guessing some felt that she was showing off with posts – which explains why some of kamati ya Roho chafu started tagging KRA on the post – just to remind them about the unpaid taxes by Keroche. Alaaar. Wrong move.

Seeing that the car will obviously lead to more problems especially with Keroche Breweries owing KRA Sh957 million, Anerlisa has now come out to reveal the Bentley isn’t hers!

In a detailed post, the lady distanced herself from owning the car saying it was only borrowed for a photoshoot. Try again Aner. Not sure who her advisers are but the Keroche heiress wrote;

I really do not like to respond back to rumors and looking like I am proving points but I have to respond to this. It’s quite unfortunate that my posts today had to come after the story was told out yesterday, But what most people do not know is that every post I post on my page is scheduled. I took these pictures on Monday and planned to post them on Thursday (today). So with or without a story about me they were still scheduled to post.

Something else I do not fake my lifestyle like most bloggers are writing. The Bentley is not mine…. I never claimed I owned it. Thank you.