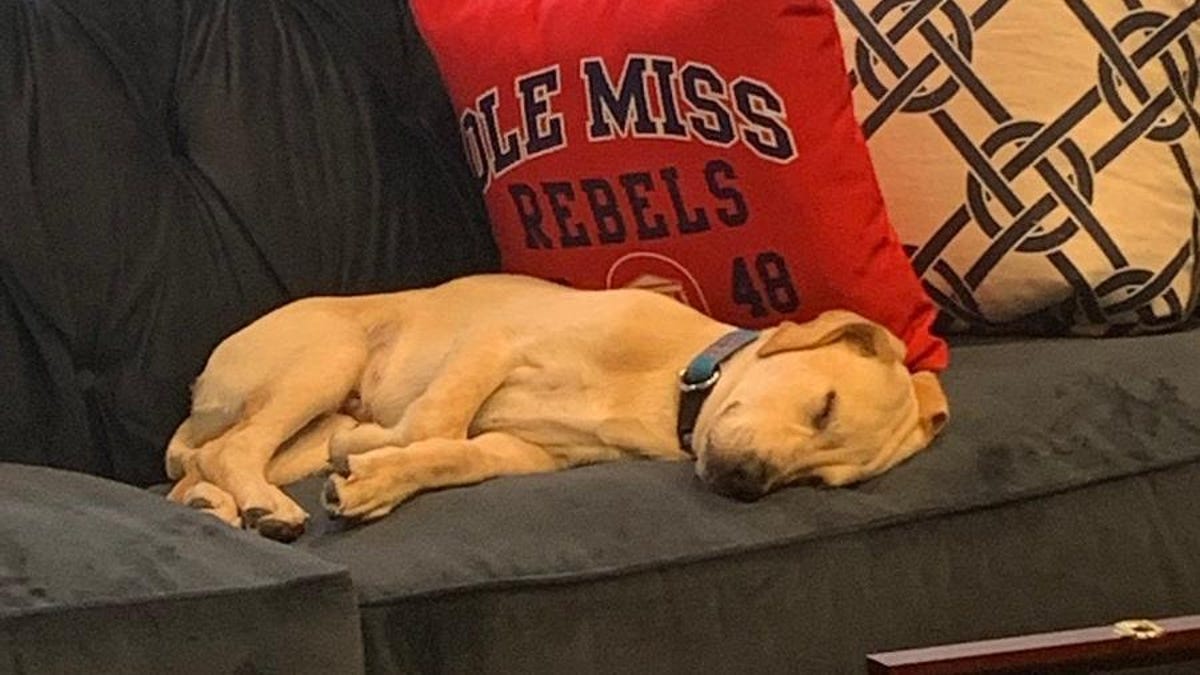 Lane Kiffin’s dog is on a quest for lunch.

#FeedJuice might be the most common phrase on college football Twitter’s newest and funniest account. Ostensibly run from the point of view of Kiffin’s yellow lab, Juice, we’ve been following along on his many Ole Miss adventures and his life’s deepest desire of eating lunch since the account started on June 1.

Sure, it’s kind of stupid, but if anyone knows how to do Twitter right, it’s the 47-year-old Rebels head coach, which feels a bit oxymoronic to say, and yet accurately reflects the reality we live in. It’s kind of like when people make Instagrams for their babies, but a lot funnier.

It’s not totally clear whether it’s run by Lane, by his kids, Monte, Landry, and Pressley (the account’s bio reads “only child of @Lane_Kiffin who doesn’t get fed lunch”), or by someone else entirely, but the photos and videos of the family and of Juice seem to imply that it’s someone in the family running it. I really wouldn’t put it past Kiffin himself to do this, perhaps at the urging of his children.

Amidst lamenting whoever decided that dogs only eat twice a day (#JusticeforJuice is another common spotting), the account is littered with adorable pictures of the pup and — to be honest — some pretty funny memes.

Other highlights include a photoshopped billboard reading “Feed Juice,” a dramatic video edit of the lab, and an anti-puzzle bowl tweet (“those things are torture”). There are a few jabs at Kiffin’s former employer and current archenemy, Tennessee, in there, too, as well as that famous video of Bo Pelini carrying his cat out of the tunnel at Nebraska with an “idea” for this fall.

Whoever is behind this account, it’s an absolute delight and worthy of a follow (unless, of course, you’re a Vols fan). According to Juice, it’s going to be a Hot Dog Summer — and not the food.