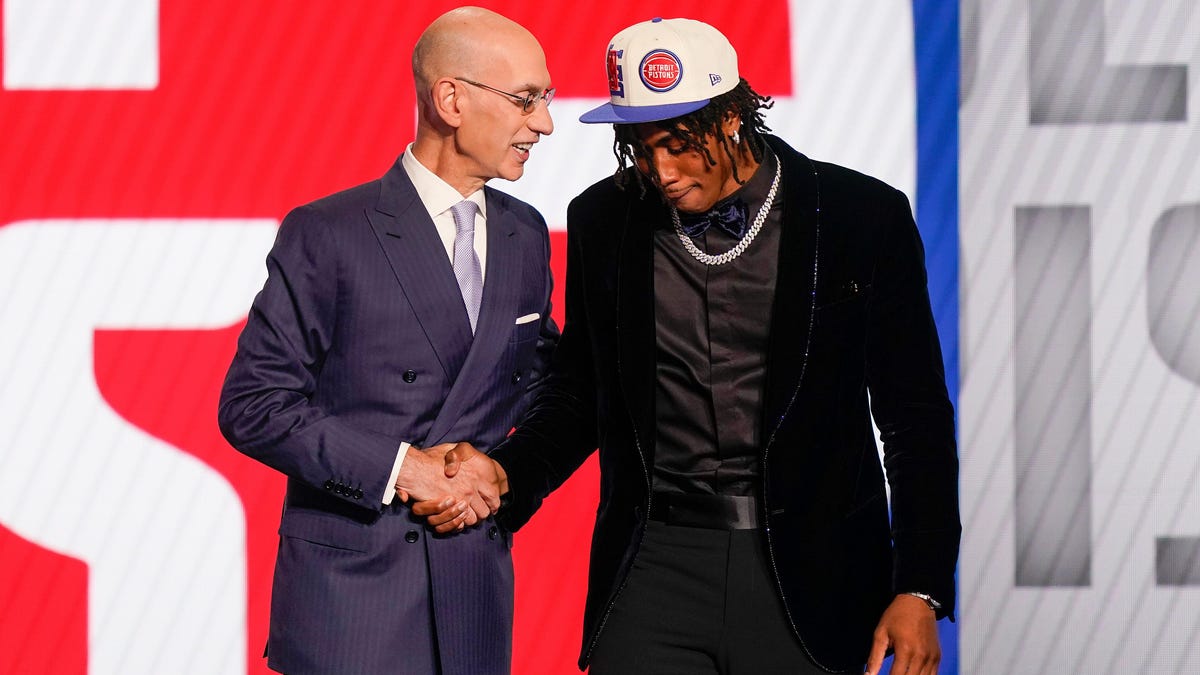 The Pistons got their man in Purdue’s Jaden Ivey.Image: AP

There might be some fans at the gigantic Little Caesars arena, because the Detroit Pistons took some serious steps towards solidifying a young nucleus for the future of their franchise.

It all began on Wednesday with them trading Jerami Grant to the Portland Trail Blazers for a 2025 first round pick they acquired from the Milwaukee Bucks that is protected 1-4. The trade cleared enough cap space for the Pistons to sign a max free agent this offseason or make a few moves. That alone makes the move a win for the pistons.

Grant was very good for the Denver Nuggets in the 2020 NBA Playoffs and it earned him a 3-year, $60 million deal from the Pistons. He was solid for two seasons, averaging around 20 points per game and shooting over 35 percent from three. With his athleticism, defense and shooting, he’s a strong player, but not good enough for the Pistons to sign to a five-year max available for teams to retain their own talent.

With their salary cap freed up and the fifth pick in the 2022 NBA Draft, the Pistons were all set for Thursday night. They got the player that they wanted to pair with last year’s No. 1 overall pick — Cade Cunningham — in Jaden Ivey.

The guard from Purdue was arguably the best perimeter player in men’s college basketball last year. He improved from averaging 11.1 points on 39.9/25.8/72.6 shooting splits, to 17.8 on 46/35.8/74.4 on a team that was a favorite to win the national championship and proved to be a clutch player. Against Wisconsin at the hostile Kohl’s Center in Wisconsin late in the regular season, he scored Purdue’s final seven points, and hit the three that would’ve sent the game to overtime, if not for Chucky Hepburn’s pull-up three while fading out of bounds with one second remaining. Then in the Sweet 16 he had a tough game against Saint Peter’s, but still took Purdue’s last two shots of the game. The first 3-pointer he made (with eight seconds left to play) closed the deficit to one. He came back down the floor and shot a three to tie the game that missed.