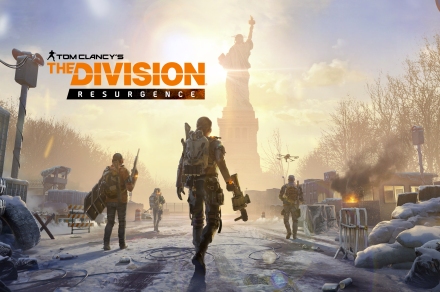 Ubisoft’s Division franchise is coming to mobile devices with Tom Clancy’s The Division Resurgence. The third-person shooter will be free-to-play and players can sign up to test the title starting today.

The Division is one of Ubisoft’s biggest series. It’s a political thriller set in a somewhat postapocalyptic world that’s been ravaged by a viral epidemic. The United States government deploys a Strategic Homeland Division to help restore order as chaos breaks out in major cities. The Division Resurgence will continue that story, giving a new perspective on story events from the first two games.

According to Ubisoft, the title will once again take players to New York City via a “vast open world” that players can freely roam around. Like its console counterparts, its a shooter that can be played either solo or in co-op. Ubisoft notes that the game builds on the game modes from its predecessors, but brings unique loot.

Resurgence will keep the series signature looter-shooter RPG hooks in tact. Players can collect gear and customize their character loadout. By leveling up, players will unlock gadgets and weapons that can be swapped in and out rather than locking players into a set skill path.

Ubisoft doesn’t mention how microtransactions will factor into the game, but considering its free-to-play nature, players can expect some sort of paid component.

The title doesn’t have a release date yet, but it’ll be available on both iOS and Android when it launches. In the meantime, players can sign up today for a chance to test the game.

The Division Resurgence sounds like an ambitious project, bringing Ubisoft’s signature open-world style to mobile devices. Its success will likely depend on how aggressive the game’s monetization is, a factor that’s proved to be an Achilles’ heel for the excellently designed, but controversial Diablo Immortal.