BREAKING NEWS
GMT-4 03:05
Home Economics The Game Says He Was ‘Hurt’ Over Not Being Included In Super Bowl Performance 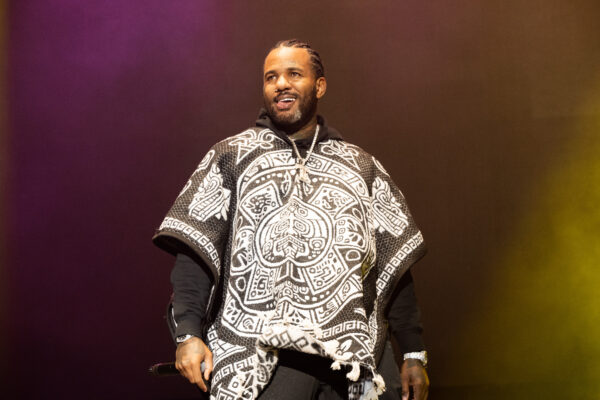 The Game appeared on the “I AM ATHLETE” podcast on June 13, and the recording artist revealed he was hurt by not being included in the 2022 Super Bowl Halftime Show that was produced by Dr. Dre. The halftime show was broadcast from Inglewood, California, on Feb. 13, 2022.

The lineup for the performance that included Los Angeles natives Snoop Dogg and Dr. Dre should’ve included local performers like him and rapper YG, according to The Game. The “My Life” rapper was disappointed Detroit rapper Eminem was part of the lineup. He also referenced New York rapper 50 Cent.

The “How We Do” rapper also noted politics within the music industry were at play with the chosen performers, adding that the artists with the biggest names receive more financial backing from labels than equally talented performers on the same label.

“I’m not taking away from the fact that they were on the Super Bowl, but L.A. n—s wouldn’t have been on a Detroit Super Bowl or New York Super Bowl. It just wouldn’t have happened…. I was hurt by that,” he revealed. “Am I bothered by it today? I’m not bothered by it today,” he said, adding that it was still a win for the culture. “It was an amazing Super Bowl and it was a win for our culture as a whole. I just felt like if it was going to be in L.A. like, n—a, you know.”

The recording artist also said he never claimed Eminem wasn’t an “amazing” rapper and that he’d instead said he wasn’t a better rapper than him. “I’m not saying that Eminem can’t rap and he’s not an amazing rapper. All I ever said was he’s just not better than me,” he said.

You can listen to the entire podcast below.