BREAKING NEWS
GMT-4 07:19
Home Politics The Georgia Supreme Court Has Been Asked To Disqualify Marjorie Taylor Greene From The Ballot 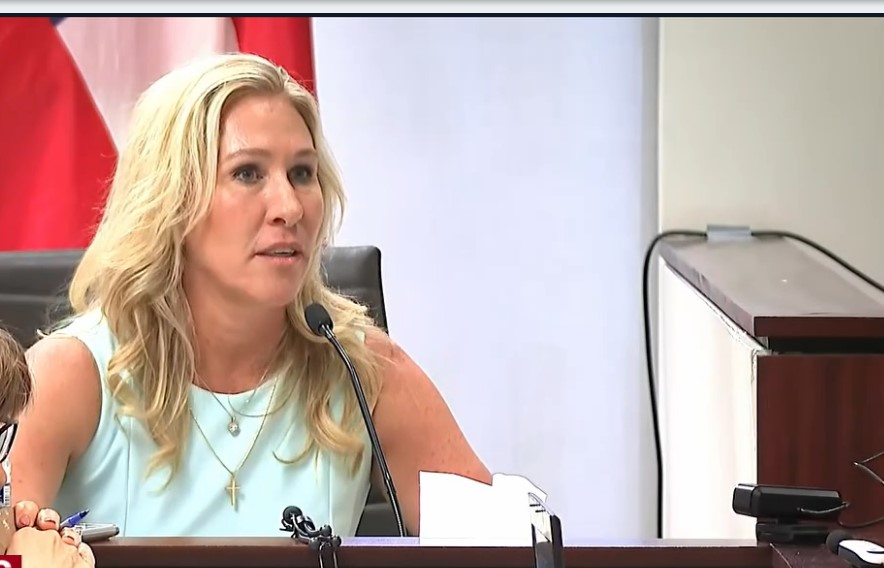 A group of Georgia voters has appealed to the state Supreme Court to ask that Marjorie Taylor Greene be disqualified from the ballot for participating in the 1/6 insurrection.

Free Speech For People laid out their argument in a statement:

On July 25, Judge Christopher Brasher of the Fulton County, Georgia Superior Court issued a decision upholding Secretary of State Brad Raffensperger’s earlier decision to allow Rep. Marjorie Taylor Greene to appear on the ballot. A group of Georgia voters, represented by a legal team led by Free Speech For People, had challenged Greene’s candidacy under Section 3 of the Fourteenth Amendment, the Insurrectionist Disqualification Clause.

The evidence presented at the April 22 trial before Administrative Law Judge Charles Beaudrot included statements by Greene, including (1) she told her followers on video that “You can’t allow [Congress] to just transfer power peacefully like Joe Biden wants and allow him to become our President,” and (2) on the evening of January 5, around the same time that extremists like Ali Alexander and Alex Jones were telling crowds of Oath Keepers, Proud Boys (whose written plan for insurrection was entitled “1776 Returns”) and other violent extremists that “1776 is always an option” and leading chants of “1776! 1776! 1776!,” Greene told her followers that January 6 would be “our 1776 moment.”

Even if the voters don’t win their appeal before the Georgia Supreme Court, the case has been important because it has forced Greene to go to court and sweat it out for months.

Proper accountability would be kicking Rep. Greene off the ballot, but so far, the courts have been unwilling to enforce the law.

Member of the Society of Professional Journalists and The…