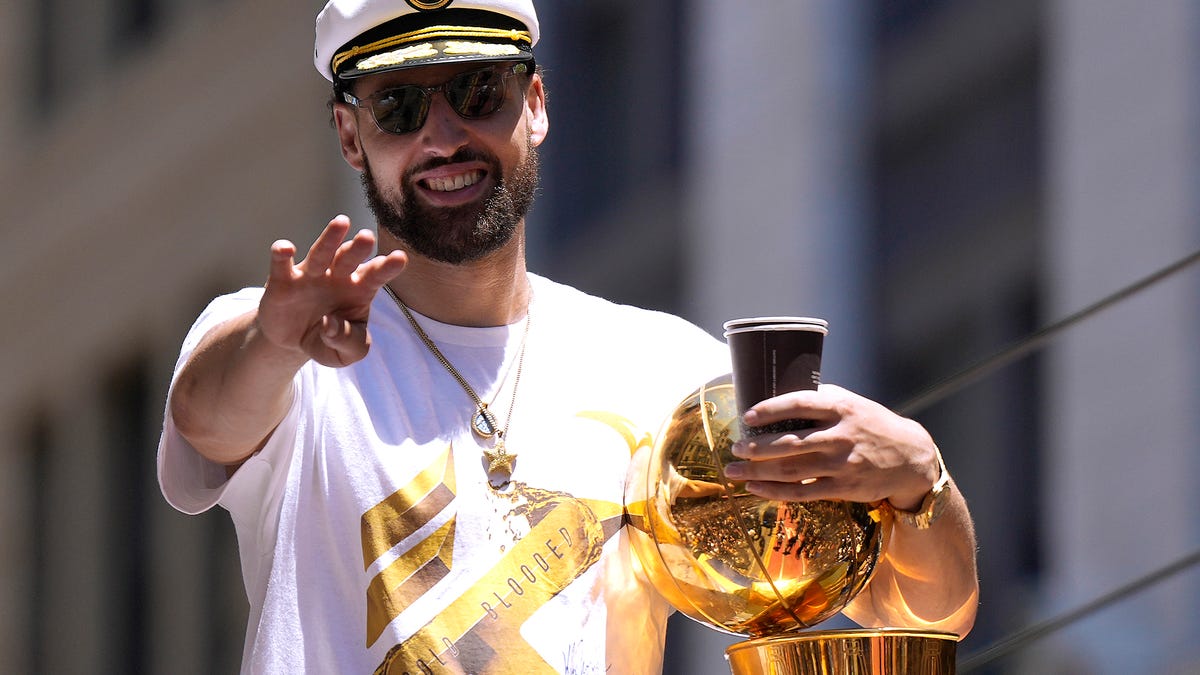 The internet captured Klay Thompson’s championship parade for him

Klay Thompson made sure he enjoyed his championship parade.Image: Getty Images

Klay Thompson earned the right to act like an over-served fiancée during a bachelor party, with friends helping him keep all his valuables on his person and clearing out so he can showcase a dance move that looked a lot better when he tried it at home. When you spend two years rehabbing torn tendons and watching your team waste a couple of seasons over injuries, you get to celebrate in the most obnoxious fashion possible.

No, I wasn’t referring to the captain’s hat he donned after losing his commemorative cap during the boat ride to the parade — although that yachting club number does fit the literal description of “obnoxious fashion.” I’m talking about being so amped to celebrate that you stumble and accidentally knock over a small woman.

Note to Matt Stafford: You’re supposed to help up people who fall down in your proximity during a championship parade.

The sloppiness didn’t stop there. Here’s Klay dropping one of his four rings while high-fiving Dubs fans.

What’re the chances he caught COVID from the parade? Like 99.99999 percent? Smooching his ring after picking it up off the ground is a chef’s kiss to improper hygiene regardless of a pandemic. (Ed. note – five second rule applies to rings, too!)

It’s unclear what order the lost ring, lost hat, and stumble played out, but I’m positive the Michael Jackson crotch grab came later during the shenanigans and after a few beverages.

Paper coffee cups come right after red Solo cups in the pantheon of vessels to conceal alcohol in public, and you can tell by the way he gingerly sets it down that he’s got something other than cold brew in his glass.

The Warriors have been on a bender, and they’re soaking the Bay Area in booze in the process. Steph Curry and wife Ayesha danced like camera phones don’t exist, including Ayesha showing she also lusted for the Finals MVP trophy.

But let’s not forget to show the aftereffects of too much champagne.

Sunglasses on a plane is peak hangover energy, and someone needs to get Andrew Wiggins some frames because he looks…