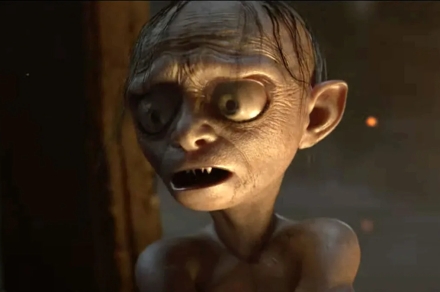 The Lord of the Rings: Gollum delayed ‘a few months’

The Lord of the Rings: Gollum has been delayed by “a few months” in order to meet the community’s expectations, the game’s developer has announced. It was supposed to launch September 1, but will now release at a later, undisclosed date.

This was confirmed via the game’s official Twitter account today, with a message from developer Daedalic Entertainment. It’s unclear when the game will launch now, but Daedalic said it will update the community with the exact timing “in the near future.” Though it hasn’t been confirmed, it’s possible this game will now come out in 2023 if it doesn’t manage to make a November or December release.

This isn’t the first time The Lord of the Rings: Gollum has been delayed. It was first planned for a 2021 release window but was pushed to 2022. The most recent delay comes after the official gameplay reveal, which was shown during a Nacon event. The gameplay trailer was criticized for looking undercooked, with many YouTube commenters expressing concern for its overall quality. It seems developer Daedalic and publisher Nacon took these criticisms to heart, opting to extend development time rather than rushing it out this year. This is Daedalic’s biggest project to date, so it makes sense the studio wants to take more time to ensure it meets expectations.

As its name suggests, The Lord of the Rings: Gollum takes players on a journey as Gollum/Sméagol. Unlike many other games based on The Lord of the Rings, Gollum won’t feature traditional combat, instead leaning into stealth and platforming mechanics with light puzzle elements. It will also include branching narrative decisions that will hopefully give us reasons to replay the game.

The Lord of the Rings: Gollum is still slated to launch for PS4, PS5, Xbox One, Xbox Series X/S, PC, and even Nintendo Switch.