BREAKING NEWS
GMT-4 02:28
Home Black Global The Most Followed GH Tiktoker Erkuah Says She Has Made Over GHC 200,000 On Social Media 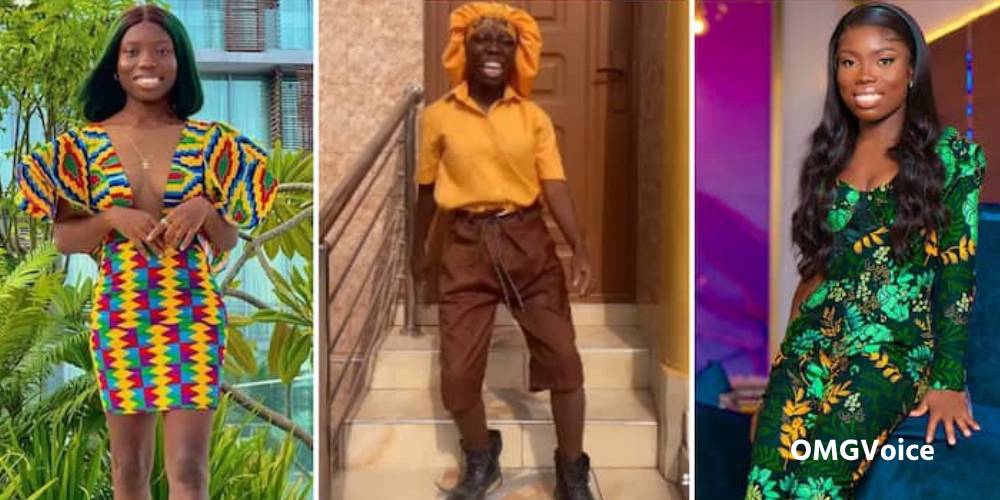 The Most Followed GH Tiktoker Erkuah Says She Has Made Over GHC 200,000 On Social Media

Erkuah Official, sensational and entertaining young Ghanaian TikToker, legally known as Janet Offei has recently been interviewed on the Delay Show where she opened up about her journey to becoming the most followed TikToker in Ghana and the benefits that has come with it.

The interview on the YouTube channel of the Delay show had the 22-year-old University of Ghana Political Science student revealing that since her TikTok post gained attraction, she had made about GH?200k thanks to the opportunities the platform brings.

Janet Offei also revealed that the highest amount of money she has made from a brand deal was GH?30k. According to her, she has saved a good sum of the money and has been able to rent a single room self-contained apartment in the Greater Accra Region.

In the interview, Janet Awuku Offei as she is legally known revealed that she started making TikTok video about a year ago when she had to stay home for a while due to new covid protocols which were put in place by the University of Ghana.

After staying home and doing nothing for a while, she felt bored and remembered she had created a TikTok account sometime back and decided to explore the app. As she watched various videos, Janet realized she was capable of also creating videos on the app. She started off by watching and learning from some creators until she could come up with ideas of her own.