BREAKING NEWS
GMT-4 06:58
Home Black Global The Mother Of The World’s Only Nontuplets Explains How She Manages To Raise All Her 9 Children 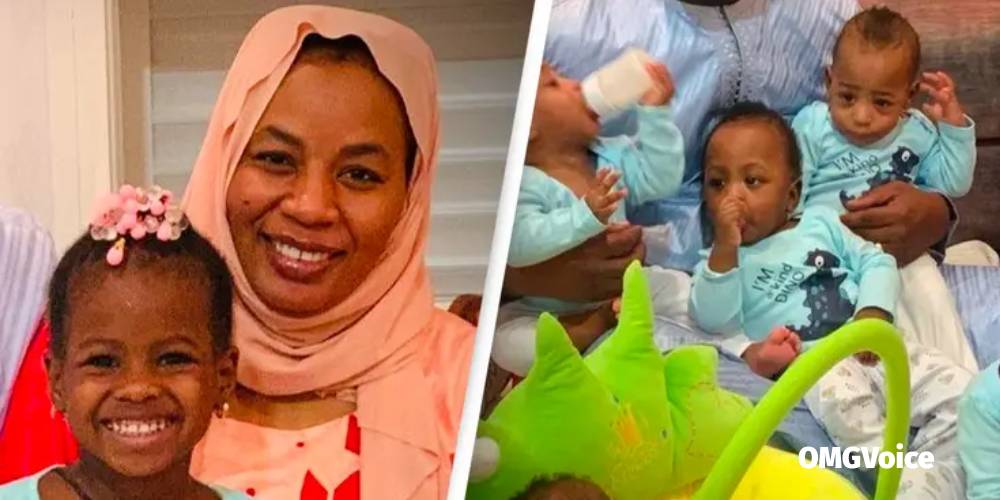 The world’s only mum of nonuplets has opened up about what it’s like having such a huge family.

Halima Cissé gave birth to nine babies – five girls and four boys – on 4 May 2021, earning herself a Guinness World Record for the most children delivered in a single birth to survive.

Halima is originally from Mali but gave birth in Morocco after her country’s government flew her there in order for her and her babies to receive the specialist care they required.

In scans prior to the birth, doctors had only spotted seven of the babies, but when she gave birth by Caesarean section nine tiny babies weighing 500g and 1kg (1.1lb and 2.2lb) were delivered.

Speaking to the BBC about life with so many babies, Halima said:

“My children do not sleep at the same time. Some sleep a bit later, when others wake up.

“Breastfeeding was not easy. When we were at the hospital, I was using a breast pump.”

With so many babies, you won’t be surprised to learn that the family gets through an average of 45 nappies every single day and 15kg of milk each week.

“We try to organise ourselves. From 10am the babies are usually in the living room where there is a TV set.

“They like cartoons and when you put that on, they are calm.”

In an interview with the Daily Mail last year, Halima opened up about the birth, saying:

“As the babies were coming out, there were so many questions going through my mind. I was very aware of what was going on and it seemed as if there was an endless stream of babies coming out of me.