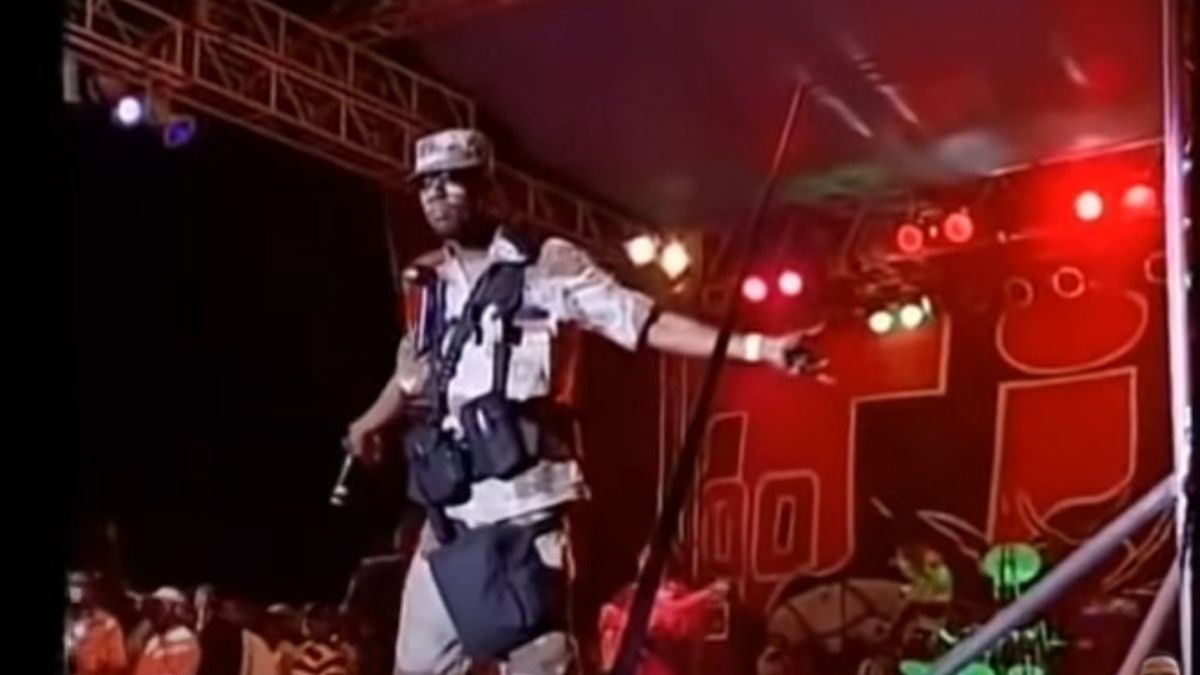 A moment that is cited as one of the greatest Sting clashes is the night when Merciless went up against three giants in the music industry and conquered the stage. Merciless’ battle against Ninjaman, Bounty Killer and Beenie Man is forever etched in dancehall’s history and the late deejay will always be remembered for his victory.

The self-proclaimed ‘War Head’, Leonard Merciless Bartley, came out on the stage at Sting 2000 with several declarations of war. His first challenging opponent was Ninja Man, who had the crowd wilding at his lyrics.

The heat that Merciless brought was unmatched as he responded to Ninja Man’s remark that his career was in a pothole.

“Him seh mi inna pothole, Nuh di right hole?“ He questioned. “Mi inna Sharon and Pat hole. But you deh a road inna Jack hole. Yuh bloodclaat head fi cut off and put inna black hole.” These lyrics killed Ninjaman on the spot who had to call for the War Lord, Bounty killer.

Shortly after, Bounty Killer joined the stage following a summon from Merciless. The ‘Grung Gaadzilla’ was also later joined by Beenie Man and all three veterans went up against Merciless, who was dressed in military clothing with face paint and a prop gun on his waist.

The battle ended with Merciless being the last man standing on the stage after firing countless shots at the giants, who left the stage one by one.