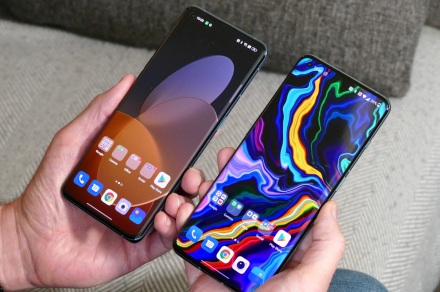 Earlier this month, OnePlus revealed the latest iteration of its custom user interface — OxygenOS 13 — along with the launch of the OnePlus 10T. The company announced that an open beta of the OS would soon be available for the OnePlus 10 Pro, followed by the 10T sometime later.

Now, as per a OnePlus Community post, the first Open Beta of the OxygenOS 13 is out for the OnePlus 10 Pro smartphone. Here are some interesting new changes you’d see in the new OS.

Oxygen OS 13 now looks more identical to the ColorOS. With this iteration, OnePlus has brought a new “Aquamorphic” design style, which, as per the company, is inspired by water. It also borrows the new Quantum Animation Engine 4.0 from ColorOS 13, which, according to the forum post, “recognizes complex gestures and provides optimized interactions.”

The animations are more natural looking now, and the fonts have been optimized for better readability. You’ll also notice things like the Quick Settings shade, Settings app, etc. look significantly different from their appearance in OxygenOS 12.

The new OS allows adding large folders with multiple apps to the smartphone’s home screen, and you can open any app from inside a folder directly with just one tap. For screenshots, you get new markup and editing tools. The Shelf has also been optimized, and it can now be accessed by swiping down on the home screen by default.

OxygenOS 13 regularly clears clipboard data on its own for privacy protection. There’s a new feature that when taking screenshots of chats, automatically pixelates profile pictures and names to hide the identity of the person in the screengrabs. Also, all the files in the Private Safe are now encrypted using the Advanced Encryption Standard (AES).

Thanks to a partnership with Spotify, you can now view details of the current song and control the music playback without waking up the screen. Also, new animations and Bitmojis have been added to the Always-On Display. Moreover, the Canvas AOD feature now gets more…