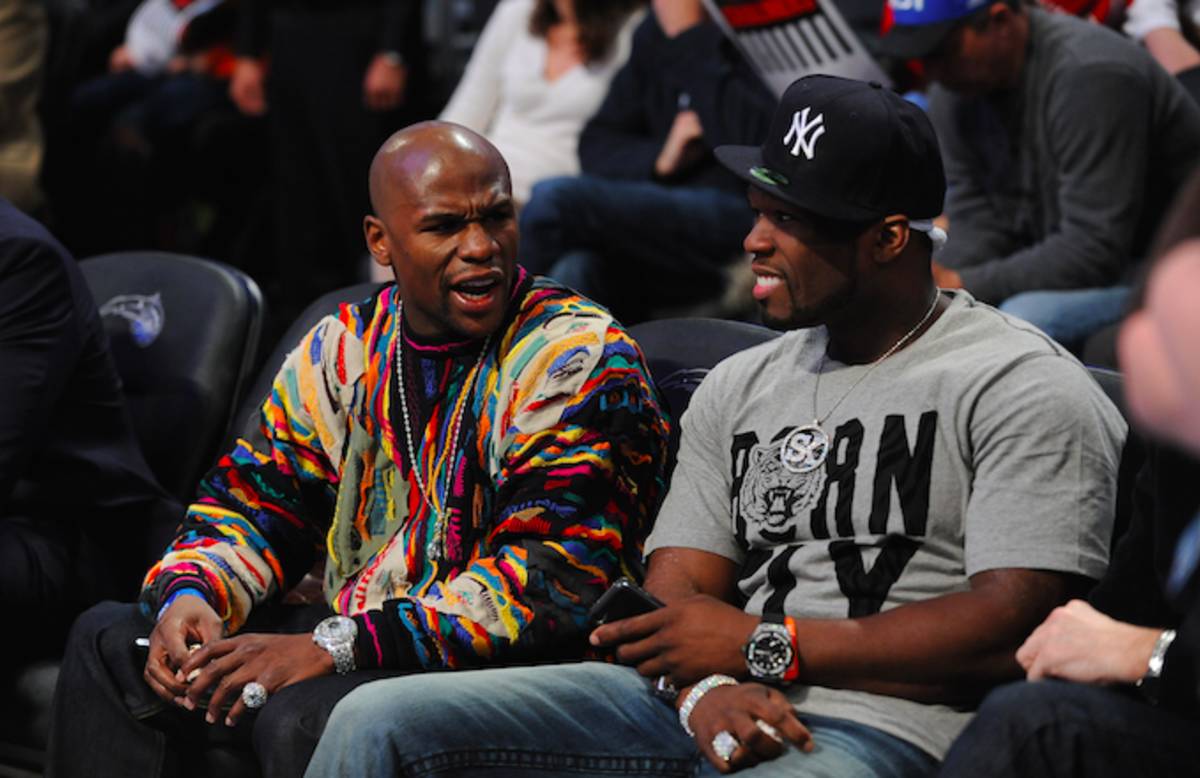 The decade long beef between Floyd Mayweather and 50 Cent seems to have come to a close. In a recent Breakfast Club interview, 50 was asked about him and Mayweather’s relationship and revealed that Mo’Nique took 10 minutes out of her set in Las Vegas during SuperBowl weekend to insist that 50 and Floyd make up.

“He don’t need me, I don’t need him,” 50 said as to why he and Floyd were in no rush to make amends. Me and him get into an argument and it can go on for a lot longer because we don’t really need each other,” Fif added. He also added that he still calls Floyd “champ.”

When asked how the initial converstion between the two of them went, Fif replied “Yo, why it take so long for you to pull up on me fam? Crazy… why you say all that stuff about me? Whatchu been doing?”

On Sunday, Fif took to Instagram where he shared a photo of Floyd with his Tycoon stamp imprinted on the picture, seemingly confirming the former boxing champ’s appearance at 50’s annual Tycoon Weekend this month in Houston.

“Yeah Champ said he gonne pull up on me for Tycoon so you know we gonna go crazy,” Fif said in the caption. “Big bags coming out TMT floydmayweather. BOOM.”

50 Cent has appeared to squash his long-time beef with Floyd Mayweather. The rapper shared a post on Instagram, Sunday, featuring a photo of Mayweather with the “Confirmed Tycoon” stamp over the image.Tycoon Weekend is scheduled for August 25 at the Toyota Center in Houston. pic.twitter.com/3HL4fBHxlB

Fif and Mayweather were good friends until 2012 after Mayweather was released from jail. However, they had a financial falling out and would then trade shots with each other on social media. One of the more famous moments from there beef was when 50 Cent challenged Floyd to read one page of a Harry Potter book, later changed to Cat In The Hat. Charlamagne Tha God would then add fuel to the fire by sharing a 10 second radio drop that Floyd struggled to get through,…