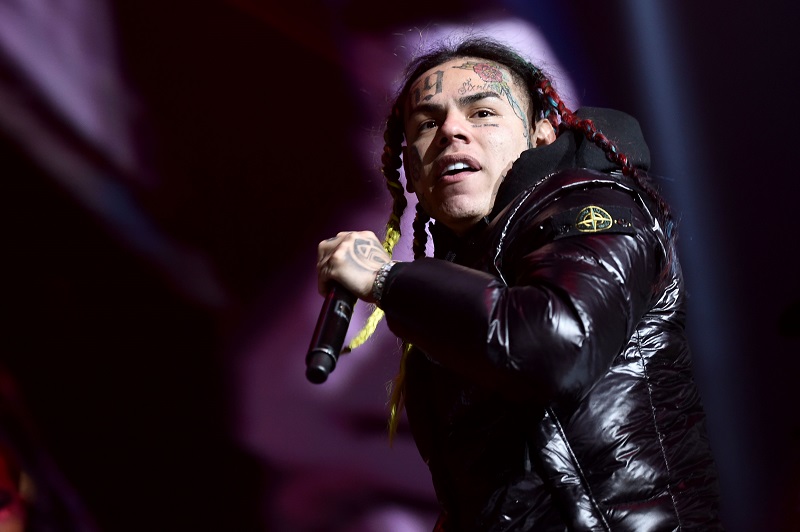 While most Americans (and other citizens of the world) have heeded their government’s advice and avoided travel to Russia, rapper 6ix9ine has done the opposite, causing quite the controversy not just with his actions, but his words as well.

The “Gummo” artist shared a video of himself in a Moscow city square clad in all black and oversized sunglasses, saying “Yo yo, you know we out here….sh** is crazy,” while looking around the square. He then leans into the camera and says “F*** Brittney Griner” before the cameraman says “I got the t-shirt for you bud” before the video cuts off.

Griner was arrested and detained in Russia for over six months after Russian officials found hashish oil in her luggage at an airport. She was sentenced to nine years in prison on drug charges. Many celebrities, politicians, and citizens have been calling for her release. While other celebrities such as Dennis Rodman have offered to go to Russia to try to negotiate on her behalf, ultimately they were advised not to by government officials due to Russia’s politically volatile situation.

6ix9ine, who has faced his own legal troubles in the US, has apparently brought his bad boy ways with him across the ocean. He also recently started a fight with a DJ at Soho Garden in Dubai because the DJ was reportedly not playing his music.