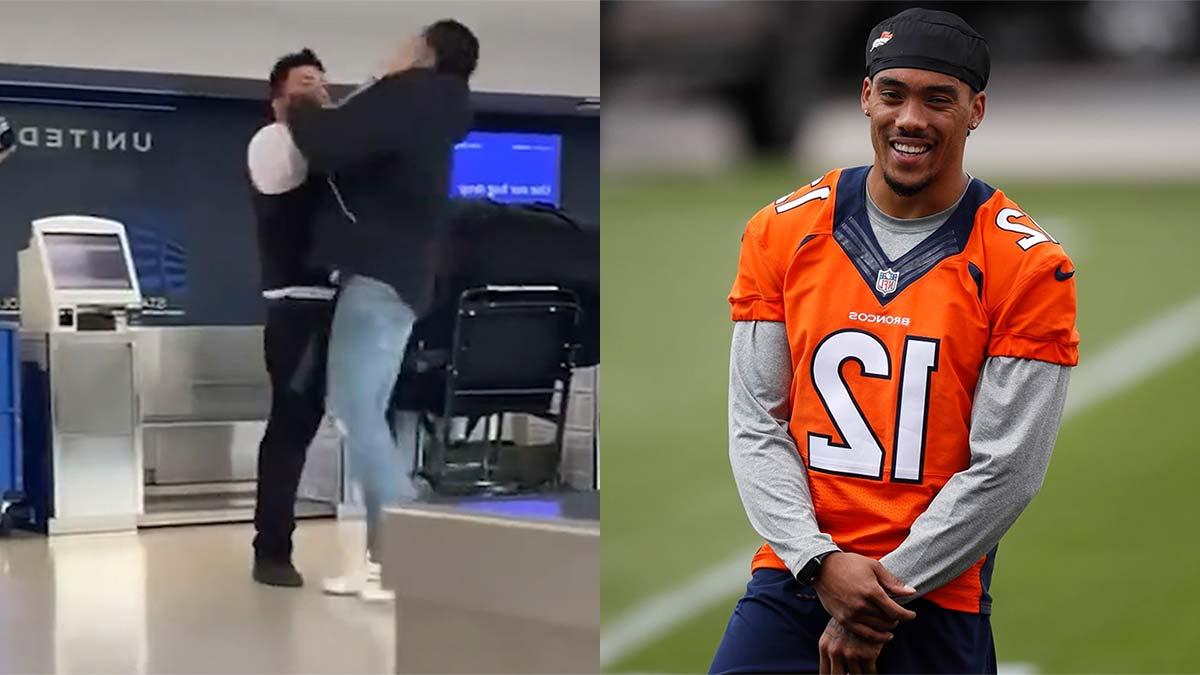 Brendan, who signed with the Calgary Stampeders in the Canadian Football League in February, was  arrested for striking the employee. Now, the case against Langley has been dismissed.

Langley’s attorney, Halim Dhanidina, told TMZ that authorities determined Langley “used force that was reasonably necessary” during the confrontation that was caught on video in May at Newark Liberty International Airport.

“We are grateful for the Court’s decision which puts an end to this ordeal that began nearly two months ago when Mr. Langley was assaulted then wrongfully arrested and charged for exercising his rights under the law,” said Dhanidina.It was previously reported that the fight supposedly started after Langley was seen using a wheelchair to haul his luggage through the airport instead of utilizing a luggage cart. Though Langley wasn’t punished legally, his football career maybe be in jeopardy. Langley’s CFL team,The Calgary Stampeders, suspended Langley indefinitely after criminal charges were filed. At the time, Stampeders President and General Manager John Hufnagel stated, “The Stampeders take matters such as these very seriously.”There’s no word yet if the Stampeders have any plans to reinstate Langley. The United employee, who left the altercation bloodied, was fired, according to TMZ.

Langley was a third-round pick of the Denver Broncos in 2017 out of Lamar. He played only 16 games in two seasons and was transitioning from cornerback to receiver in 2019 when the team released him. He also spent time on the Seattle Seahawks practice squad.

Despite his many accolades this incident indeed left a smear on Langley’s legacy.