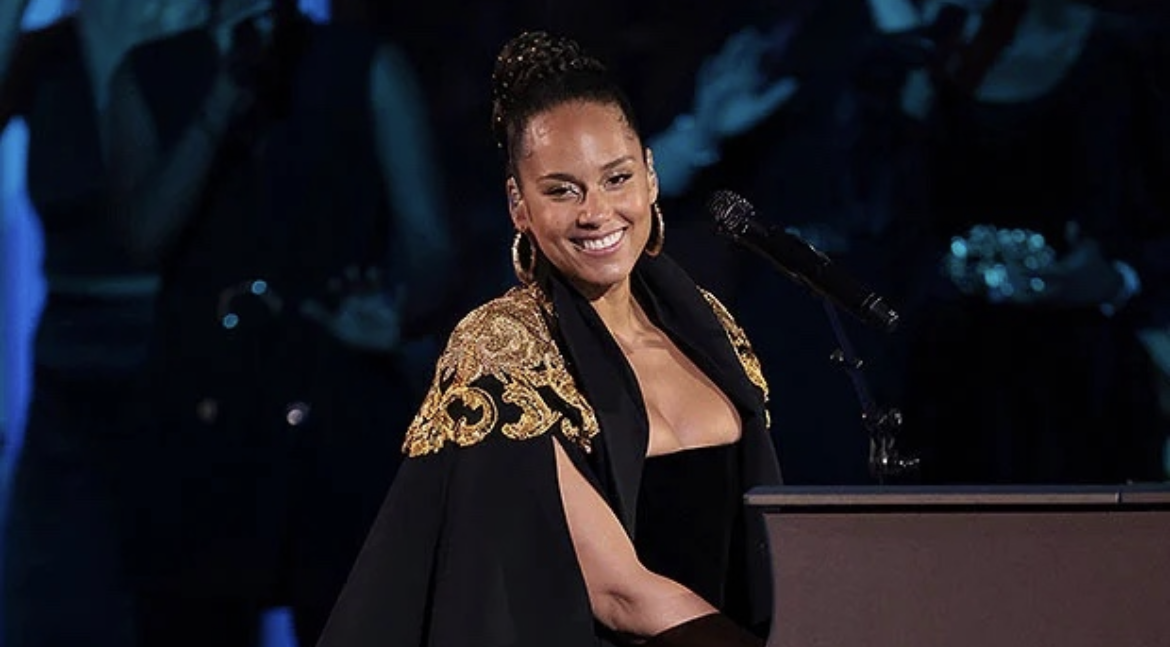 Alicia Keys pulled off an amazing show at The Queen Of England’s platinum Jubilee celebration, which celebrated the 96-year-old monarch’s 70 years on the throne and attended by members of the royal family and more than 20,000 Brits.  Keys was among the many artists who performed at the star-studded “Platinum Party at the Palace” tribute concert outside Buckingham Palace in London Saturday night which included Diana Ross, Nile Rodgers, and Lin-Manuel Miranda.  The “Girl on Fire” singer performed many of her songs including ‘Superwoman’ and ‘City of Gods’ but it was when she performed ‘Empire State of Mind’ that left fans confused as the lyrics were written about New York City. With comments and jokes on Twitter like “Absurdly funny to me that they got Alicia Keys to perform ‘Empire State of Mind’ during a celebration of English monarchy.”  ” Not Alicia Keys changing ‘now you’re in New York’ to ‘now you’re in London’.”

She also received mixed reaction for ‘Girl on Fire’ with fans also commenting with “Can’t believe Alicia Keys thinks it’s appropriate to sing ‘Girl on Fire’ in a city that was famously ravaged by flames just over 350 years ago. Disrespectful,”  According to Page Six, during her performance of the song, Keys switched the lyrics in the second verse from “New York” to “London” after appearing to catch on to the crowd’s confusion.  Keys  responded to the backlash and confusion on social media stating  “Epic night at the jubilee!! Celebrating the Queen and all the Queens!!!!!???????…FYI: Every song was requested personally by the Queen”