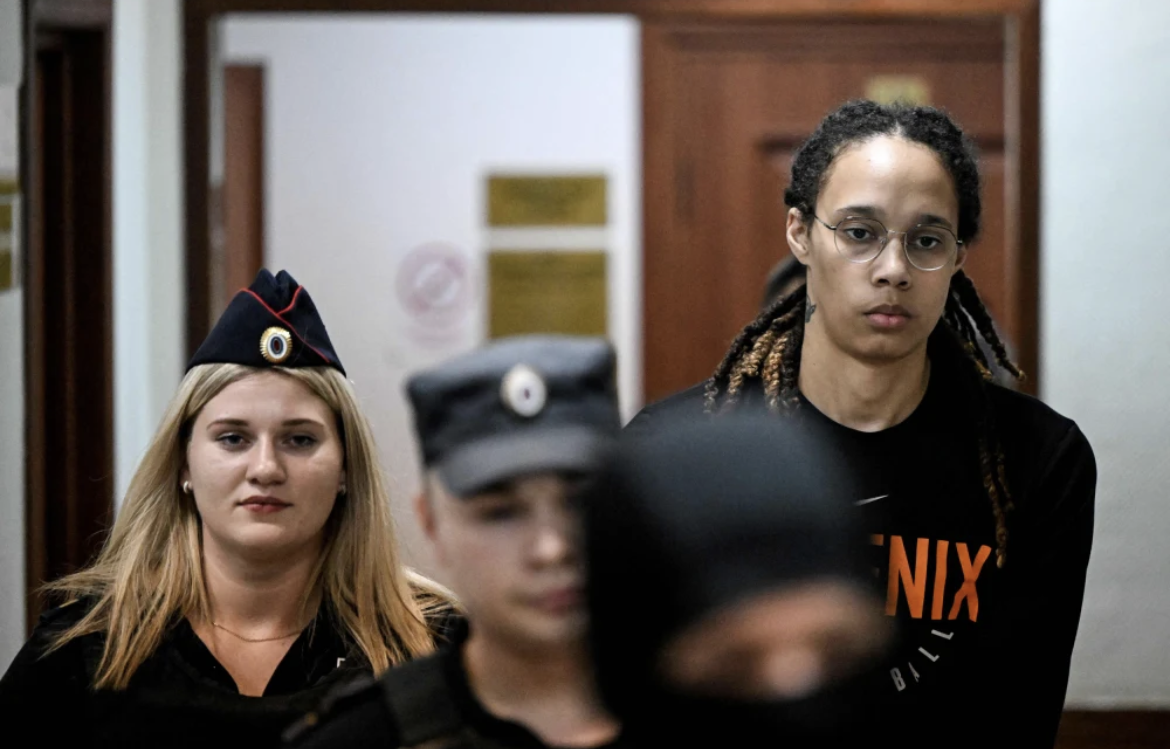 Brittney Griner testified today in a Russian courtroom, A key moment in her trial as the American Basketball star faces up to 10 years in prison.  Arriving in a Moscow court today wearing a black ‘Phoenix Basketball hoodie and surrounded by security. The WNB star, center for the Phoenix Mercury, and a two-time Olympic gold medalist was detained in February after Russian Authorities said they found vape canisters with cannabis oil in her luggage. Medicinal and recreational cannabis is legal in many U.S. states but both are prohibited in Russia.

Griner was cross-examined by the defense today, a key moment in her trial as the American Basketball star faces up to 10 years in prison.  She told defense lawyer Maria Blagovolina how, after she went through passport control and security at the Moscow airport on Feb. 17, a staff member with a dog asked her to open her bags, before finding two cartridges. Another worker “opened the cartridges, smelled them” and then her passport was taken and she was then asked to sign documents that she needed Google translate to understand, Griner said. “There was an interpreter but she didn’t explain what she was signing, and she was never read her rights,” Griner added.

Yesterday Griner 31, arrived in court holding two photographs in a clear, plastic sleeve and spoke briefly to ABC News during a break in Tuesday’s Proceedings she had a message for her wife, Cherelle who recently graduated from law school  “Good Luck on the bar exam,” Griner said.  When asked whether she had any complaints, she said “ No, no complaints. Just waiting patiently .”  When asked who was in the photos, she stated “My wife,  My two best friends, my teammates.”  See the video below: