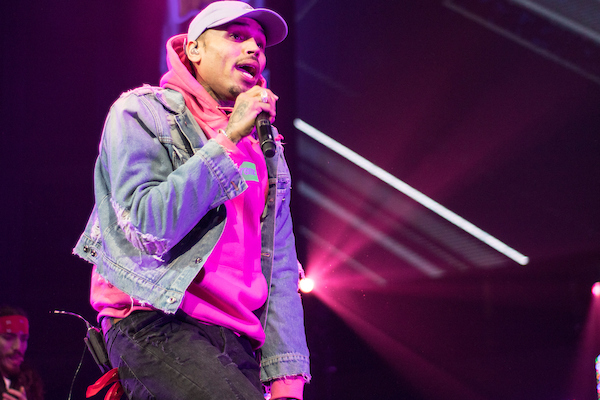 Social media was set ablaze last year with people debating on who should be on their Mount Rushmore of hip hop from the last decade. It seems as if the conversation is still lingering as people are still debating on which four rappers should have their faces on the side of the mountain.

In a new interview with LA Leakers, Chris Brown revealed who his Mount Rushmore of rap is, and even took one person off to add another.

“JAY-Z, Nas, Big L, and 2Pac,” Brown said when asked about who his Mount Rushmore of rap is. However, after giving it some thought, he decided to replace one of the artists with another legendary NYC MC.

While Nas, Jay-Z, Biggie, and Pac might be common names when talking about the Mount Rushmore of hip-hop, many initially left Big L out of the conversation, making him a surprising edition to Brown’s list.

Chris Brown recently dropped his 10th studio album Breezy, and after only selling 84,000 units the first week, Brown claims that he only receives support when he’s doing bad rather than when he is doing good.

“July 8th breezy deluxe album,” he wrote in his Instagram Stories. “Not that it matters…SEEMS LIKE YALL ONLY INVEST IN THE NEGATIVE STORIES ABOUT ME. CHRIS GETS IN TROUBLE (THE WHOLE WORLD IS ON it). Chris drops album [crickets]. I’m back on my gangsta sh*t. It’s BRACKING at all times.”