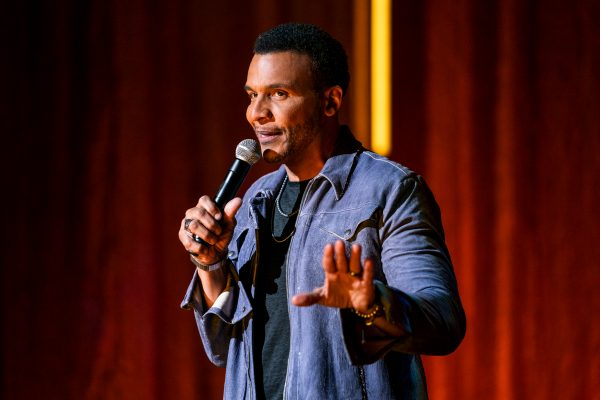 The Source |Comedian David A. Arnold Passes Away At 54-Years Old

David A. Arnold, a comedian, actor, writer and producer who headlined two Netflix comedy specials and was a writer/producer on the Fuller House reboot, passed Sept. 7 at just 54 years of age.

The Arnold family issued a statement confirming the death. “It is with great sadness that we confirm the untimely passing of our husband, father, brother and friend, David A. Arnold. David passed away peacefully today in his home and doctors have ruled the cause of death due to natural causes. Please keep our family in prayer and respect our privacy at this time, as we are all shocked and devastated by this loss.”

Arnold started out as a stand-up comic, performing at the Montreal Comedy Festival and on Jamie Foxx’s Laffapalooza on Comedy Central, among other projects.

He wrote for several comedy series, including Meet The Browns (TBS), The Rickey Smiley Show (TV One), Raising Whitley (OWN) and Tyler Perry’s House of Payne (TBS). He also created and was executive producer and showrunner on Nickelodeon’s hit series That Girl Lay Lay, making him one of few Black showrunners in Hollywood.

At the time of his sudden death, Arnold was three stops into a four-month national comedy tour.

Survivors include his wife, Julie L. Harkness, and two children, Anna-Grace and Ashlyn.