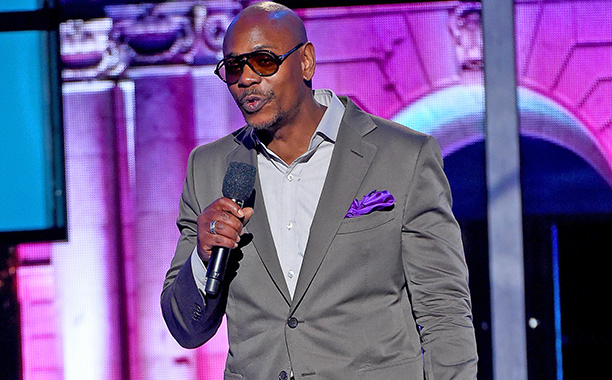 Dave Chappelle and Blackstar’s Drink Champs episode was supposed to come out a while ago, but according to Drink Champs co-host DJ EFN, the episode was put on hold after Chappelle’s on stage attack at the Hollywood Bowl.

DJ EFN spoke to HipHopDX about the situation, saying how the team didn’t feel right about relasing the episode following the incident in May. “[The Hollywood Bowl incident] happened right before and so we were going to fast track that episode and then all parties involved were like it doesn’t feel right and we skipped that whole week. And then we had other episodes already in the queue and so it got pushed. So we’re just hoping that it will come out sooner than later.”

Earlier this week on July 5, DJ EFN said that there is no official release date for the episode, but that it will come out by the end of July.

The episode featuring Chappelle and Black Star was the first episode not to be filmed in Miami, instead being filmed at Chappelle’s home in Yellow Springs, OH. In the interview, DJ EFN spoke about jumping on a private jet to go film the episode at Chappelle’s home, calling the experience “surreal.”

“I literally had just come back from taking my kids to Disney World, driving back from Orlando to Miami getting a call, like, ‘You ready to jump on a private plane to go to Ohio?’ And I’m like, ‘F*ck yeah, let’s do this.’ So we went to Ohio.”

He continued, talking about the “man cave” Chappelle let them film the episode in. “Dave hosting us in his man cave that he has out there was wild. He has this crazy shed that you go in and you wouldn’t even know it has a bar. It has a podcast set up, deep turntables, and he was just cool as hell. And him saying that he was a fan of Drink Champs, that just blew me away. So it was surreal.