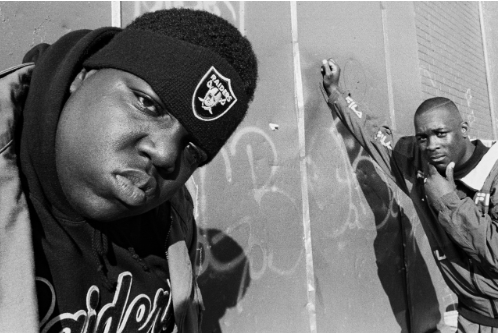 According to several confirmed reports, DJ 50 Grand, the man who produced and put the “Microphone Murderers” demo tape from Biggie Smalls in the hands of Mister Cee, has passed away. 50 Grand, whose given name is Kevin Griffin, was 55 years old.

Griffin first learned of a 15 year old emcee that lived nearby in his Bedford-Stuyvesant and eventually connected with the young wordsmith through a mutual friend who used to sell drugs with the late Christopher Wallace in 1991. it didn’t take long before Biggie was in 50’s basement on Bedford Avenue and Quincy Street recording what would become the launching pad to the career of the game’s most revered emcee in its history.

Griffin managed to get the tape into the hands of DJ Mister Cee, Big Daddy Kane’s DJ, who slipped the tape to Matteo “Matty C” Capoluongo, who ran the “Unsigned Hype” column in The Source Magazine. The feature article caught the attention of a young exec at Uptown Records by the name of Sean “Puffy” Combs and the rest is history.

50’s Bed-Stuy neighborhood showed out for the legendary neighborhood DJ, coming out in droves to the corner of Nostrand Avenue and Monroe Street to show their respects to their fallen legend. Salute to 50 Grand and condolences to his family and friends.