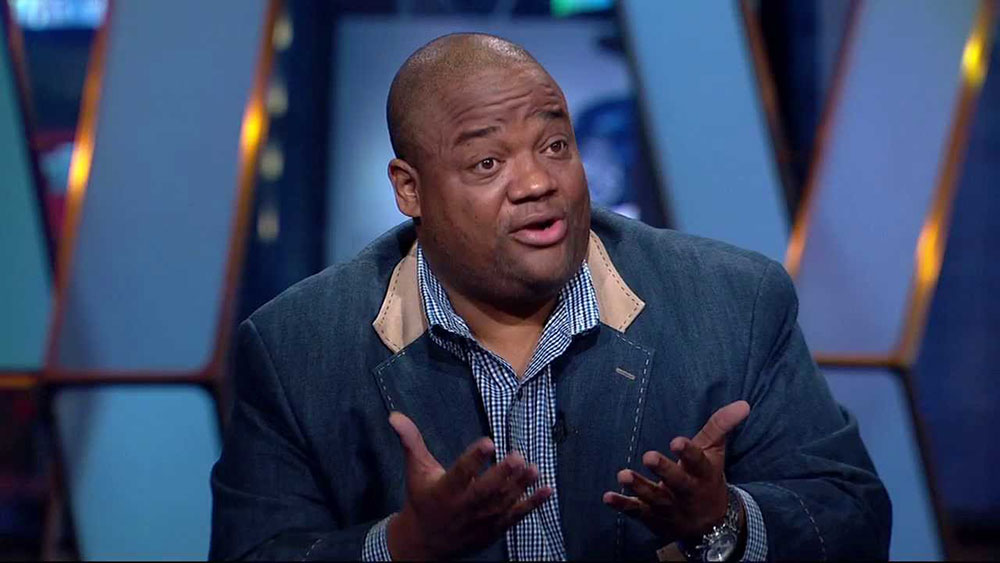 Jason Whitlock was well known for his controversial views on his show “Speak For Yourself” alongside former Bills defensive end Marcellus Wiley. He was a avid supporter of the NFL, was critical of Colin Kaepernick when he took a knee during the national anthem, and even had words to say about LeBron James when he showed out in front of spectators at his son’s AAU game.

After his contract was not renewed by Fox Sports, Whitlock landed himself his own show Jason Whitlock: Fearless at conservative media outlet Blaze Media.

In a new episode of his show, Whitlock spoke on how gangsta rap is “grooming” children and how he believes it is detrimental to kids. He then went on to call 2Pac, Snoop Dogg, and Nipsey Hussle “soldiers for the devil.”

Whitlock continued, saying “you can’t compare that. 2Pac wasn’t playing a role. He wasn’t acting as a thug. He was a thug and wanted everybody to know it. That’s why he tattooed ‘Thug Life’ across the front of his stomach. There’s no acting involved here. This isn’t a fantasy world. They’re trying to create a reality, and they’ve done it.”

He then went on to compare rap music to Satanism. “They’re soldiers for the Devil. They have cut a deal for the money, for the fame, for the attention, for the women, for the girls, that they will sell a Satanic version of music to our kids.”

“They’ve taken the paycheck, they’ve taken the gold chains and all the adulation for demonizing and grooming our kids. This will not have a good conclusion. We can already see it, but it will get worse.  There will be a difference between kids of my generation who could quote the…