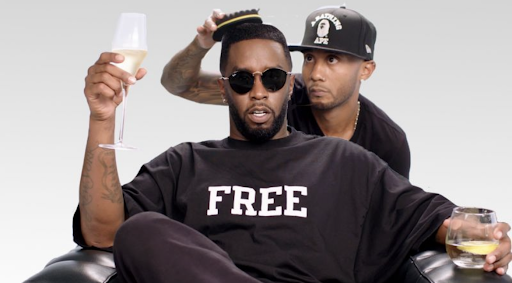 Black Designer Lamont Tory Stapleton took to Instagram to bring attention to an alarming issue that often affects Black creative’s cultural appropriation-The act of taking something for your own use, usually without permission. The designer made a reel calling out Balenciaga for replicating a design of his without his permission and selling the appropriated design at 25x the price. In an Instagram post, Stapleton detailed his journey of starting his “Struggle is Common” clothing line in 2019.  On one of the shirts in the line a black crew neck is printed with the word “Free” on the front and received praise from celebs.  The Instagram reel captioned  “At the start of 2019, after losing a friend to a long battle with addiction, I released a line called Struggle is Common. My goal was to remind people that they’re not alone and to encourage them to face their problems head-on if they truly wish to be FREE.” The video shows Stapleton posing with various celebs including Kanye West, Khole Kardashian, and Paris Hilton while wearing the shirt back in 2019 and then he fasts forwards to 2021 of shots of celebs like Diddy and  Da Baby wearing a shirt that looks exactly like the one he showed previously. Going on to say that his friends were tagging him in the posts as they assumed the design was his “Multiple friends sent me a link to Balenciaga’s website where they were selling the exact same black crew neck as well as multiple variations of my design for up to 25x the price. Then I started receiving targeted ads on my phone trying to sell me what was clearly mine. Strange!. “. He finishes the post by asking the public for help, “I say all that to say if anyone knows anyone at Balenciaga, can you please have them reach out to me. We need to have a conversation. All too often, the little people get stepped on by big brands and I just want to ensure that this is not another example of that, but rather just a…