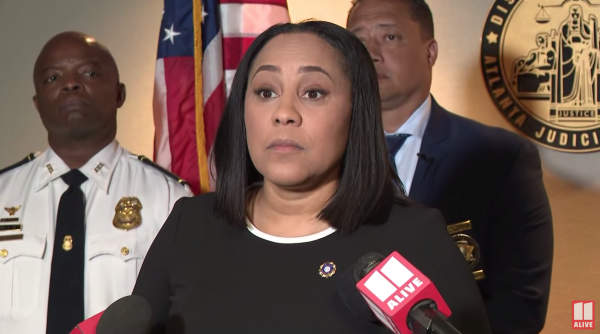 The Source |Fulton County D.A. Says She Heightened Security Due To Threats Over YSL RICO Arrests and 2020 Election

Willis says that following the arrests, she began receiving death threats from people wanting her to free Young Thug and his associates, as well as people who are against her decision to form a special grand jury that will investigate the events that occurred in Georgia during the 2020 presidential election.

“We don’t believe that these threats were directed by anyone that is in the YSL indictment,” said Will about receiving threats from YSL sympathizers. “I would say that [threats are coming from] people that are very sympathetic, maybe admirers of YSL and people who are connected with them in some sense,” she added.

Willis also began talking about how she was receiving threats from Trump supporters wanting to overturn the results of the 2020 election. She states that the Trump sympathizers are the real reason why she tightened up her security.

She added that she has had to change her day-to-day lfe just to stay alive and does not interact with her family or friends as much in fear that something could happen to them. “I’m much more cautious than I’ve ever been in my life, paying more attention to my surroundings. It’s required for me to stay alive.”