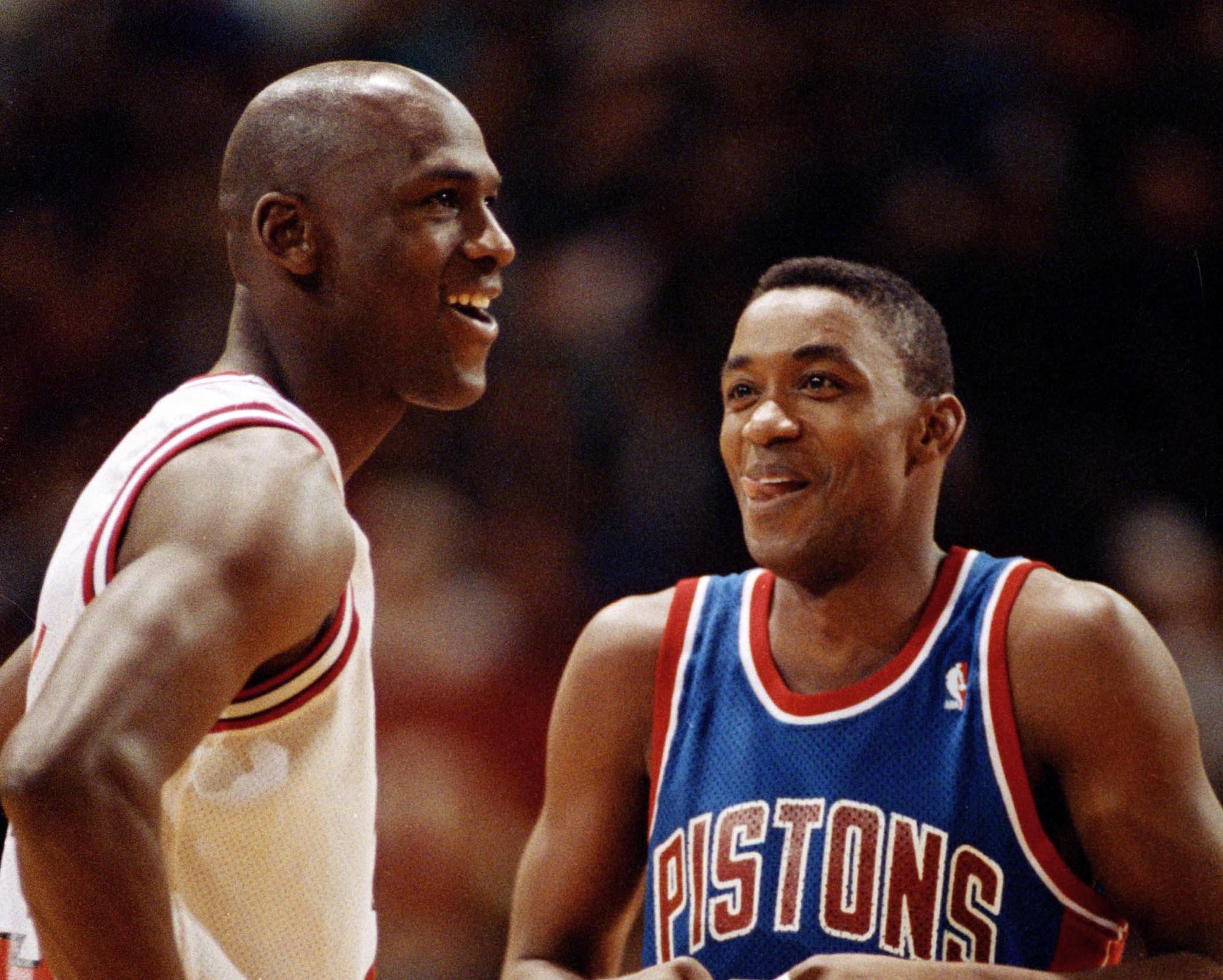 The beef between Michael Jordan and Isiah Thomas has been going on for nearly four decades and has been highlighted in recent years due to Michael Jordan’s The Last Dance docuseries.

A new article by The Inquisitr highlights the inception of the feud which stems from the 1986 All-Star game that Jordan was apparently frozen out of. Their article is built around an interview Jordan did with Playboy in 1992.

When asked about the freeze-out, Jordan said “If you go back and look at the film, you can see that Thomas was actually doing that. Once it started getting around that he was freezing me out, that’s when the ill feelings started to grow between us.”

Jordan also spoke about the first time he met Isiah Thomas, and how after his encounter with him, he was labeled as “arrogant” because he didn’t speak to the Pistons point guard.

“I got on an elevator with Isiah Thomas to go downstairs for a league meeting,” Jordan said. “That was the first time I met him. And I said, ‘Hello, how ya doin’?’ That’s all I said. I was really intimidated because I didn’t know him and I didn’t want to get on his nerves. I didn’t want to seem like a rookie. You know, to just be so stupid. So I was quiet. I stayed in the corner. When I went down in the room for the meeting, I still didn’t say anything. After the weekend was over, it got back to me that I was arrogant and cocky and I wouldn’t even speak to Isiah on the elevator, that I gave him the cold shoulder. And I’m saying Isiah Thomas initiated it all.”

Thomas would go on to see The Inquisitr‘post on their Twitter, where he said he wishes Jordan would stop lying about being froze out of the game.

“Stop lying this story is not factual or accurate, tell the truth man,” Isiah wrote. “Dr.J, Moses Malone, Larry Bird, Sidney Moncrief and I did not freeze you out. If memory serves me correct I was injured most of the second half and Bird had a broken nose. Magic and Sampson dominated the game.”

Stop lying this story is not factual…