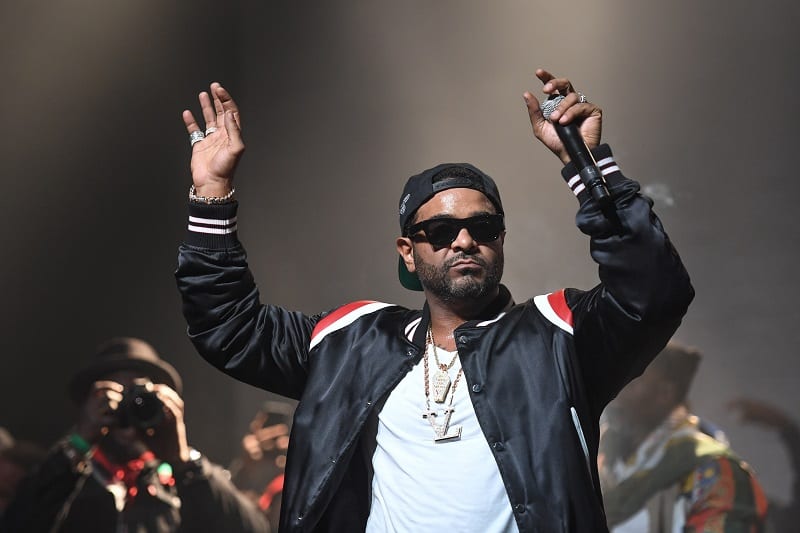 Rap battling is usually a part of every rapper’s come-up. Even after they’ve acquired fame and fortune, some still continue to battle rap to keep their skills sharp, or just for the love of the game. However, Jim Jones recently revealed that he has never been in a rap battle, and explained his reasoning for never wanting to do one.

“I’ve never rap battled,” Jones said during an interview with LEVEL. “I’ve partaken in some cyphers, but I don’t got thick skin like that to have somebody talk about me in their music. I don’t think it’s gonna go the way they want to.”

Jones went on to say how despite not haivng battle rapped, or not having a desire to battle rap, that does not mean that he is scared to push outside of his comfort zone.

“I don’t see too many hustles that I’m scared of doing,” he said. “The hustling came from Harlem. The rap game just enhanced my hustle.”

Despite not wanting to get into a rap battle, this has not stopped Jones from beefing with a number of rappers over the years. Just last December, he was beefing with Freddie Gibbs and the two allegedly got into an altercation at a steakhouse in Miami. On an appearance on The Ebro Show, Jones denied any claims that he had beaten Gibbs up in Miami.

He even went on to deny Gibbs entire existence when Rosenberg and Ebro continued to ask Capo about the Gary MC.

“Freddie who?” he asked. “What’s his name? He’s Grammy-nominated? Why would a person that won a grammy want a problem with Capo? I don’t know, it don’t matter. We be in the room with too many Grammy award winners. Shout out to that young man you dig. I wish him the best and success in all his endeavors inside of this game. Get your bag baby.”