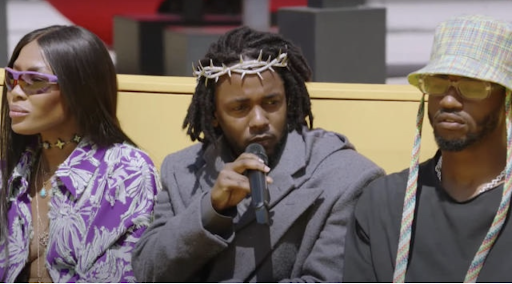 Kendrick Lamar has been known for the increasingly long breaks he takes in between albums. While fans know that the quality of the music they get will be top tier, some wonder if the recent 5 year gap in between DAMN. and Mr. Morale and The Big Steppers was necessary. Some people believe it is Kendrick’s decision to take that much time off, and others believe it was TDE, who is notorious for not letting their artists drop projects when they want to. Just ask SZA.

However, with his recent departure from TDE, it will be interesting to see how much music Kendrick drops in his new PgLang venture. And according to a new interview with Complex, longtime producer, Sounwave, says that the two have already begun working on the follow up to Mr. Morale.

When asked if they have already begun working on the next album, Sounwave said that they have started, and they usually start working right after the release of the previous album.

“Oh, we always start immediately after. Like, we’re starting on the next one now,” he said. That’s never going to change, all the way from the Kendrick Lamar EP. The next day, we started on Section.80. It’s just the ideas never stopped. That’s one of the main reasons I go on tour with him, is to create the next album. We can’t skip a beat. We have to just keep it going. There’s no breaks.”

Sounwave added, “There’s no such thing as a vacation when you’re doing what you love. Everything you do is what you love to do, so you’re excited. Your family might feel a different way about it, but it’s always like, what’s next? We’re like kids in a candy shop. Personally, once I release an album like this, I don’t go back to it for a while, because I lived it so much. It’s like, it’s not for me anymore. It’s time for me to clear my head, so the best thing to do is to think about the next project.”

Mr. Morale & The Big Steppers released in May to critical acclaim and has been ranked the best album of the year by multiple publications. It was a departure from the…