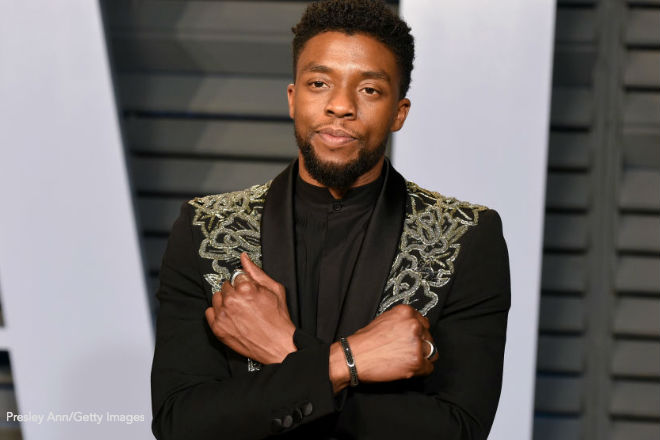 With just a couple months until the release of one of the most anticipated movies of the year, Marvel studios President Kevin Feige revealed why he and Black Panther director Ryan Coogler decided against recasting T’Challa after the death of Chadwick Boseman.

“It just felt like it was much too soon to recast,” Feige told Empire magazine. “Stan Lee always said that Marvel represents the world outside your window. And we had talked about how, as extraordinary and fantastical as our characters and stories are, there’s a relatable and human element to everything we do. The world is still processing the loss of Chad. And Ryan poured that into the story.”

Feige said that once he and Coogler landed on a decision, they then spoke on how to honor Boseman in Wakanda Forever.

“The conversations were entirely about, yes, ‘What do we do next? And how could the legacy of Chadwick and what he had done to help Wakanda and the Black Panther become these incredible, aspirational, iconic ideas–continue? That’s what it was all about.”’

Shortly after Boseman’s passing, it was announced that his role as T’Challa would not be re-casted. In an interview with the Ringer-Verse podcast last year, Marvel’s VP of Development, Nate More, spoke on how the studio had no plans to recast T’Challa.

“You will not see T’Challa in the earth 616 universe,” More said. “We couldn’t do it. I will say, when Chad passed, it was a real conversation we had with Coogler about ‘what do we do?’ And it was a fast conversation. It wasn’t weeks, it was minutes of, ‘We have to figure out how to move this franchise on without that character.’”

MCU VP of Development Nate Moore puts to rest any discussion about recasting the character of T’challa as Black Panther. Says he talked with Ryan Coogler about it, and “we just couldn’t do it” more on @RingerVerse. T’challa is gone guys you agree or no? pic.twitter.com/MYoWKyqlmF