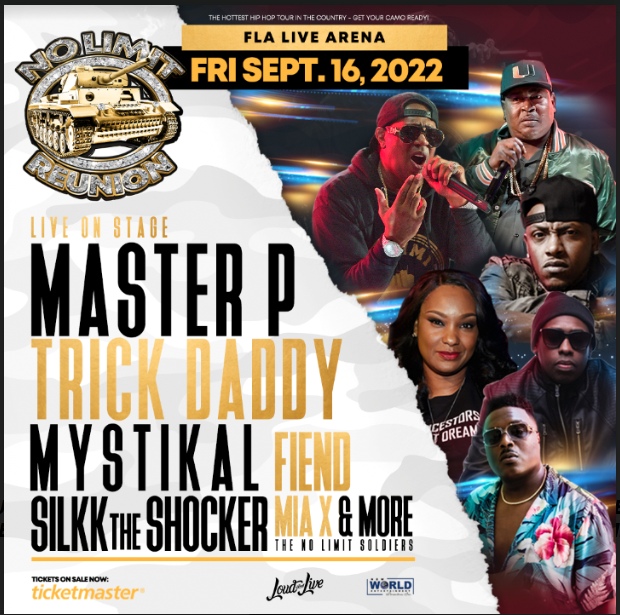 Master P and the No Limit Soldiers reunite to celebrate twenty-five years of history with the “No Limit Reunion Tour” and will include performances by special guest Trick Daddy.

When Master P started No Limit Records, he had no idea it would become a historic hip-hop label that has sold over 100 million records to date.  The tour brings together key artists who recorded for his classic hip-hop label founded in 1994 in New Orleans, such as Mystikal, Silkk the Shocker, Fiend, and Mia X, among others.

With shows selling out across the US, fans can expect to relive to all the original No Limit hits, such as “No Limit Soliders” and “Make ’Em Say Uhh!”

“We are bringing the fans all the hits from the No Limit catalog. This is a blessing that we’re still friends and still able to get onstage together. Twenty-five years later, we couldn’t do it without them.” – Master P

Twenty-five years later, the No Limit Soldiers are bringing the ‘90s to the 21st Century.

The No Limit Reunion Tour is hitting the FLA Live Arena on Friday, September 16th. General public sale begin today, June 10th at 10 AM Local Time at the arena box office and through Ticketmaster.com.