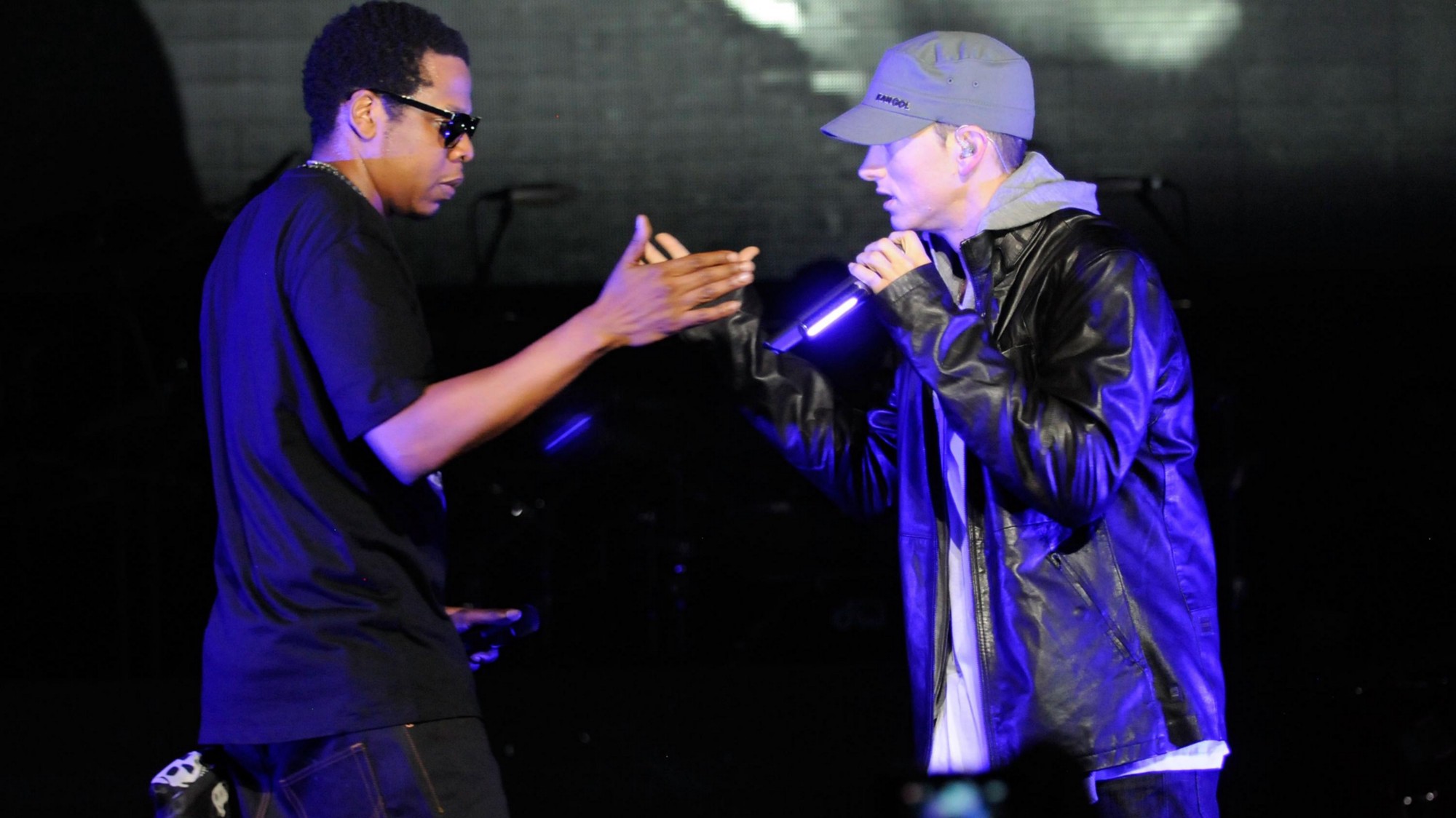 One of the biggest and longest lasting debates in hip-hop is “who had the better verse on Renegade? Jay-Z or Eminem?” Nas once said that Eminem “washed” Hov on his own track. However, you have to take Nas’s comments with a grain of salt due to his beef with Jay in the early 2000’s. In a new interview on the Justin Credible Podcast, former Roc-A-Fella Records signee Memphis Bleek said that over time, Hov’s verse has “aged” better than Em’s.

“You really trying to spark some drama,” he says in the clip. “Everybody, of course, I feel like certain songs Jay records be over people’s head, I guess not at that time. To me, the streets and everybody, the public opinion of course says Eminem, right? At that time.”

“Go back and listen to that record today” Bleek added. “I bet y’all gonna agree it’s Jay, because Jay was talkin’ something that was so far of what you even understood or comprehend that you didn’t know what he was talking about.”

“Renegade” was featured on Jay-Z’s 2001 album, The Blueprint. Despite the album dropping on the same day as the 9/11 attacks, it went on to sell 427,000 copies first week and has gone 2x platinum since it’s release. The album is often cited, alongside Hov’s debut album Reasonable Doubt, as his best body of work.

The Blueprint also featured production from Just Blaze, Bink, Timbaland, Trackmasters, Eminem, who actually produced “Renegade,” and is known for jumpstarting the career of Kanye West.