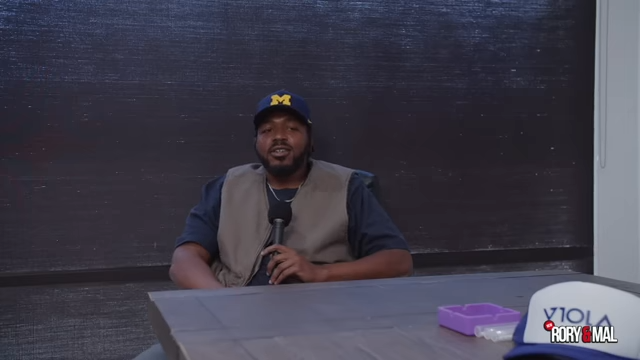 Artist and writer Quentin Miller recently stopped by the New Rory & Mal podcast where he went in depth about his career, the 2015 beef between Drake and Meek Mill, and his involvement in the beef. Towards the end, he spoke on work that he has been doing recently, and said that he almost had a writing credit on Cardi B’s latest single “Hot Sh*t” until A$AP Rocky convinced everybody the bar he came up with was wack.

He recalled the picture of himself, Pusha-T and Kanye and gave some more backstory to the photo.

He said that The Game invited him to a session with Push and Ye while Ye was working on his verse for Cardi’s “Hot Sh*t.” He said a bar and Ye and Pusha really liked the bar. He was excited that he was finally going to have a writing credit for Kanye West, whom he credited as his biggest inspiration earlier in the interview. He said that later, A$AP Rocky came into the studio and Ye played him his verse. He said that A$AP liked the verse, except for one line. And that one line he didn’t like was Quentin’s.

“I contribute a line, I say a line. He’s like, ‘Oh, that’s hard!’ Records it. Pusha, hyping me up — that’s my man — he comes over and he’s like, ‘Yo, that shit’s hard!’ Everybody’s loving it,” Miller said. He went on, saying: “30 minutes later, Rocky walks into the room. He’s like, ‘Yeah, it’s just this one line that I want you to change.’ And he picks my line! He didn’t know. So then Kanye’s like, ‘But I really like that line.’ 10 minutes go by and Rocky’s like, ‘Nah, man. You gotta change that line!’ And I don’t have enough clout! I’m sitting there like …”

You can watch the full interview below.