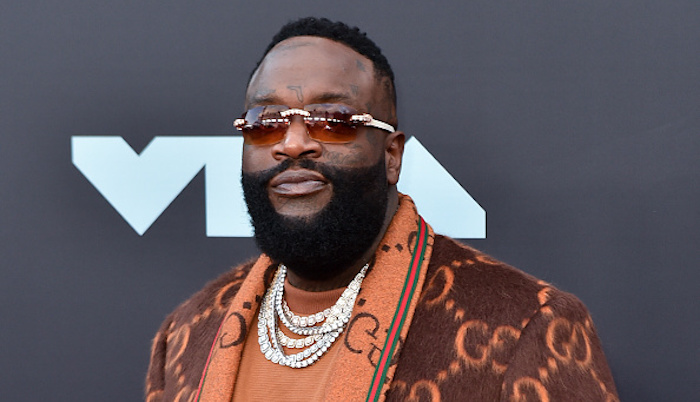 Rick Ross is pretty used to being able to get in to wherever he wants, but on a recent trip to London, the “Biggest Bawse” says he was denied entry into Buckingham Palace.

“Alright so y’all saw me go to Buckingham Palace,” Rozay said on his Instagram Story. “I pulled the homie to the side and told him you know, who I was, the Biggest Bawse. And for one of the first times in a long time that didn’t get me in. It didn’t get me through the gates.”

However, all was forgiven after the guard that denied him entry pointed him in the direction of a local food spot. “I didn’t get to sit at the table,” Ross said, “but what he did do was refer me to a spot and they said they’d be waiting on me and I can pick the lobster I wanted to eat so I forgave him.”

Ross didn’t say why he was denied entry into the palace. Buckingham Palace actually offers tours of the grounds every year for 10 weeks from late July to early October. Tickets are only £30 for adults and £15 for children.

Last week Ross was interviewed on the Beyond The Chair podcast where he spoke about how he has never had a bad music contract.

“You gotta realize when you a young artist I’m sure after you become successful whatever you look back on you will consider it a bad contract,” Ross said

“It was just the way I moved I guess. Whoever I was in the contract with we always had an open phone conversation, so if there was anything that was a problem I presented it and just explain it to me. If it’s respectable I’m gonna respect it because I always felt like any contract I signed whatever couple years it was I could work myself out of this.”