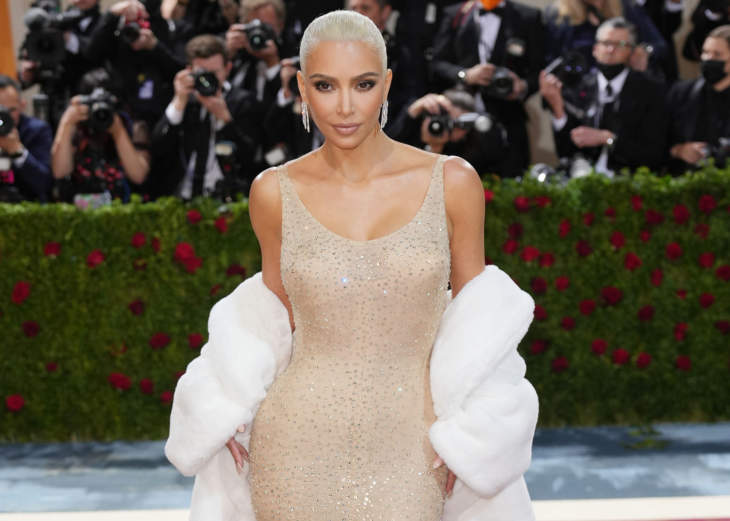 The Source |’Ripleys Believe It Or Not!’ Refutes Claims That Kim Kardashian Ruined Marilyn Monroe’s Dress

This past week, pictures of a before and after of the Marilyn Monroe dress that Kim Kardashian wore at the Met Gala were shared on social media. People accused Kim of ruining the dress after pictures showed missing crystals and pulled seams.

These photos of the damage done to Marilyn Monroe’s dress before and after it was worn by Kim Kardashian at the Met Gala… I need to go lay down pic.twitter.com/63QwC8l10J

However, earlier today, June 16, Ripley’s Believe It or Not! responded to the accusations made against Kardashian, saying that the dress was in such condition when they bought it in 2017.

“Kim Kardashian’s walk up the Metropolitan Museum’s stairs at this year’s Met Gala caused quite the stir, but one thing Ripley’s Believe It or Not! can say with confidence is that it did not cause damage to Marilyn Monroe’s famed ‘Happy Birthday’ dress from 1962,” Ripley’s said in a statement.

The statement continued, saying that a report they received when they bought the dress over 5 years ago detailed the damage that the dress had sustained. After all, the dress was already more than 50 years old.

“A report written on the dress’s condition in early 2017 states, ‘a number of the seams are pulled and worn. This is not surprising given how delicate the material is. There is puckering at the back by the hooks and eyes,’ among other instances of damage.”

The statement also stated that Kardashian only wore the dress while on the red carpet, returned it, and was given a replica when she reached the top of the Met Gala stairs. “From the bottom of the Met steps, where Kim got into the dress, to the top where it was returned, the dress was in the same condition it started in,” said Amanda Joiner, Ripley’s vice president of publishing and licensing and who the company noted oversaw the dress the day of the Gala and its transportation.”

Notice: Trying to access array offset on value of type null in /home/blackeco/public_html/wp-content/themes/goodnews5/framework/functions/posts_share.php on line 82